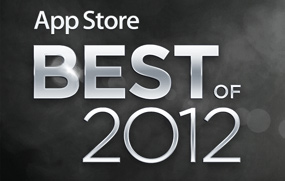 With Over 2 Billion Served

ComiXology â€“ the revolutionary digital comics platform available across the iPhone, iPad, Android, Kindle Fire, Windows 8 and the Web â€“ announced that the Comics by comiXology iOS app charted as iTunesâ€™ #3 Top Grossing iPad App of 2012 and is the only app repeated in the top ten in both 2011 and 2012, showing remarkable power in the fickle world of apps by moving from #10 to #3.

ComiXology also revealed that they have served over 2 billion pages of comics since the inception of the platform just three short years ago.

â€œWe started comiXology because we believe that â€“ with a great digital experience â€“ graphic novels and comic books will be much more widely enjoyed,â€ said comiXology co-founder and CEO David Steinberger. â€œActually climbing the top ten year-over-year â€“ and the only app to do that, no less â€“ speaks volumes to the quality of work both the comiXology team and our amazing publishers and creators have done this year. Weâ€™re not anywhere near done yet but weâ€™re clearly off to a good start.â€

â€œThis is a spectacular way to end what has been a spectacular year,â€ said comiXology co-founder John D. Roberts. â€œItâ€™s clear that people want to buy where they want and read what they want, and only comiXology delivers this amount of amazing content with a consistent shopping and amazing reading experience on every major platform.â€

2012 marked a year of records for comiXology, including both the 50 millionth and 100 millionth downloaded comic from comiXology, and many additions to the comiXology store, including many graphic novels and collections, from literary fiction to biographies, science and superheroes. It also marked the addition of Windows 8 to the buy once, read anywhere platform.

About comiXology:
Founded in 2007 with the mission of bringing comics to people everywhere, comiXology has revolutionized the comic book and graphic novel world. With the development of the comiXology digital comics platform – with buy-once, read-anywhere availability across across iPhone, iPad, Android, Kindle Fire, Windows 8 and the Webâ€” comiXology provides the easiest way worldwide for people to enjoy comics anywhere they happen to be! Regularly ranking as the top grossing iPad app in the entire iTunes App Store, comiXology is one of the leading drivers of the iPad economy. Providing the most digital comics on the most devices, comiXology will not stop until everyone on the face of the planet has been turned into a comic book fan.