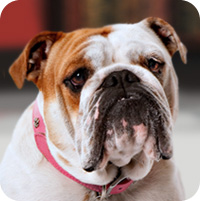 Game developer Jane Jensen chats with Review Fix about her new iPad app/eBook, â€œLucy and Lolaâ€™s Big Adventure,â€ discussing the gameâ€™s finer points and its goals for the future.

Review Fix: At the end of the day, do you think you’re a novelist who makes games or a developer who writes books?

Jane Jensen: Definitely a game designer who occasionally writes novels. The last one I wrote came out in 2003, so it’s been awhile.

Review Fix: Can you talk about the inspiration for this title? How did it come to be?

Jensen: Lola and Lucy are our two bulldogs and they’re just great. While my husband and I walked them, we’d come up with stories about them — trying to find an idea for a book. We developed the story for Lola and Lucy’s Big Adventure that way. The original idea was to do it as a print children’s book, but we didn’t have the time. A few years later, when I got my iPad, I realized it was the perfect medium and so it became an interactive e-book.

Review Fix: This game is quite different from your other titles. What made you go in this direction?

Jensen: We were looking for a small project we could do for iPad, something that we could reasonable fund with our own money and act as publisher on. A kid’s eBook seemed like the right size and we already had the Lola and Lucy story ready to go.

Review Fix: Considering that, what do you think you’ve learned from your other games that directly influenced this one?

Jensen: I think if you compare Lola and Lucy to other kid’s eBooks, it’s clear that it was done by a game designer. There’s so much interactivity including 14 mini-games. So it’s really kind of a cross between an eBook and a game.

Review Fix: What’s your favorite element of the game?

Jensen: I love the art. The images are really beautiful. They were done by our dev team in St. Petersburg. And I love how alive every page is — you can touch almost everything and get a response.

Review Fix: Are you planning any future updates to the title?

Jensen: There will be more versions of it — PC, Mac and hopefully Nook and Kindle Fire. We will be doing minor updates and perhaps a sequel at some point in time.

Review Fix: What will people get from it?

Jensen: It has a lot of content and a lot of heart. I think the story is really sweet. It still makes me a little teary-eyed at the end, which is pathetic but a good sign.

Review Fix: What are your hopes for this game?

Jensen: We’ve been getting emails from people who tell us how much their kids love it, so that is very rewarding in and of itself — just that it’s out there and that it brings happiness to people. Of course, we hope it does well enough to give us some additional funding for our next big projects, including Moebius. And I would love it if it did well enough to justify a sequel.