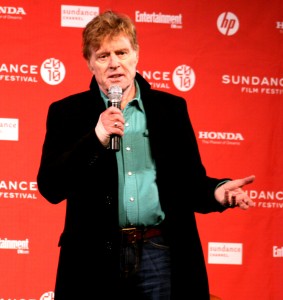 Sundance Institute has announced the films from the 2013 Sundance Film Festival that will screen in 10 independent theaters in cities across the country on January 31 as part of the Sundance Film Festival USA initiative. Audiences in 10 cities will have the opportunity to share in the excitement of discovery of a film fresh from the 2013 Festival as well as hear directly from the filmmaker about their work.

Each of 10 filmmakers will travel to one of the following cities: Ann Arbor, MI; Boston, MA; Brooklyn, NY; Chicago, IL; Houston, TX; Los Angeles, CA; Nashville, TN; Orlando, FL; San Francisco, CA; and Tucson, AZ. Their travel is courtesy of Official Airline Sponsor Southwest Airlines. In each city, the filmmaker will introduce and screen their film and participate in a Q&A with the audience.

Robert Redford, President and Founder of Sundance Institute, said, â€œSundance Film Festival USA celebrates the theaters and audiences that are an integral part of supporting and encouraging the work of independent filmmakers. By extending the Festival to these 10 cities, we will create a larger shared experience and dialogue around the issues of our time, as explored in these films.â€

John Cooper, Director of the Sundance Film Festival, said, â€œThe independent film community is thriving, and we attribute that in part to the work of independent theaters across the country that are engaging film-loving audiences throughout the year. Their support encourages artists to continue pushing boundaries, knowing that audiences are open and excited to connect with their new work.â€

Tickets for each screening will be available through the theatreâ€™s box office.

The Lifeguard / U.S.A. (Director and screenwriter: Liz W. Garcia) â€” A former valedictorian quits her reporter job in New York and returns to the place she last felt happy: her childhood home in Connecticut. She gets work as a lifeguard and starts a dangerous relationship with a troubled teenager. Cast: Kristen Bell, Mamie Gummer, Martin Starr, Alex Shaffer, Amy Madigan, David Lambert.

Ain’t Them Bodies Saints / U.S.A. (Director and screenwriter: David Lowery) â€” The tale of an outlaw who escapes from prison and sets out across the Texas hills to reunite with his wife and the daughter he has never met. Cast: Rooney Mara, Casey Affleck, Ben Foster, Nate Parker, Keith Carradine.

Afternoon Delight / U.S.A. (Director and screenwriter: Jill Soloway) â€” In this sexy, dark comedy, a lost L.A. housewife puts her idyllic hipster life in jeopardy when she tries to rescue a stripper by taking her in as a live-in nanny. Cast: Kathryn Hahn, Juno Temple, Josh Radnor, Jane Lynch.

A.C.O.D. / U.S.A. (Director: Stuart Zicherman, Screenwriters: Ben Karlin, Stuart Zicherman) â€” Carter is a well-adjusted Adult Child of Divorce. So he thinks. When he discovers he was part of a divorce study as a child, it wreaks havoc on his family and forces him to face his chaotic past. Cast: Adam Scott, Richard Jenkins, Catherine O’Hara, Amy Poehler, Mary Elizabeth Winstead, Clark Duke.

In a World… / U.S.A. (Director and screenwriter: Lake Bell) â€” An underachieving vocal coach is motivated by her father, the king of movie-trailer voice-overs, to pursue her aspirations of becoming a voiceover star. Amidst pride, sexism and family dysfunction, she sets out to change the voice of a generation. Cast: Lake Bell, Demetri Martin, Rob Corddry, Michaela Watkins, Ken Marino, Fred Melamed.

Founded by Robert Redford in 1981, Sundance Institute is a global, nonprofit cultural organization dedicated to nurturing artistic expression in film and theater, and to supporting intercultural dialogue between artists and audiences. The Institute promotes independent storytelling to unite, inform and inspire, regardless of geo-political, social, religious or cultural differences. Internationally recognized for its annual Sundance Film Festival and its artistic development programs for directors, screenwriters, producers, film composers, playwrights and theatre artists, Sundance Institute has nurtured such projects as Born into Brothels, Trouble the Water, Beasts of the Southern Wild, Amreeka, An Inconvenient Truth, Spring Awakening, Light in the Piazza and Angels in America. Join Sundance Institute on Facebook, Twitter and YouTube.