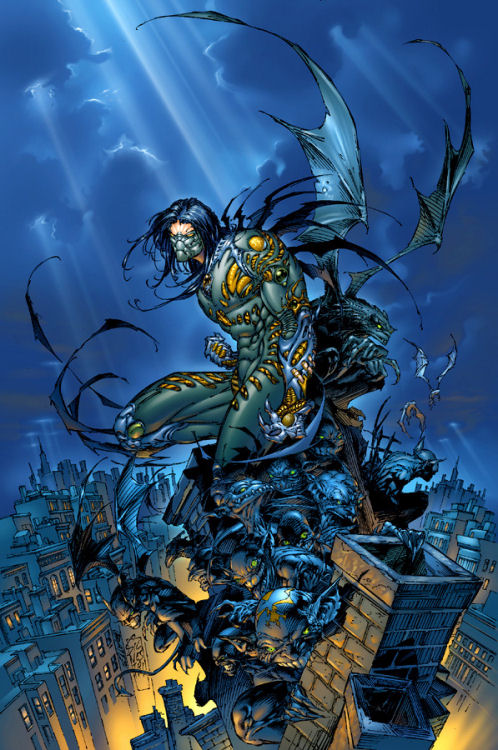 Among many of his crimes: he killed members of the holy line of David, extorted sex from a desperate woman, and plagued an underdeveloped country with enhanced drugs.

And when I was about 12 it was my favorite comic.

Now that the Top Cow series will end telling Estacadoâ€™s stories after over a decade of being on the shelf, Iâ€™ve been thinking about why I liked it so much back then. After all the main character is not a superhero and is damn hell no Hamlet.

But at that age when Iâ€™d been exposed to primarily superheroes and before I became aware of anything like Sandman, Jackie Estacado was a different beast from anything I was introduced to at the time.

He was a character who sometimes tried to be good but overall wasnâ€™t. Not driven by high ideals of good or evil, more from baser desires and basic human emotions, he was an anti-hero that was only a â€œheroâ€ because the others around him were worse alternatives.

In reflection though, the comics was an assorted mixture of things I liked in the past and would find interesting in the future.

Estacadoâ€™s power was one of my personal favorites, the power of creation like Green Lantern & Morpheus; the comic had motifs referencing legends, myths, and religion though they were not always well executed; and it played with the ideas of uncaring, greater and ancient powers that had echoes of Lovecraft before I knew who and what Lovecraft was.

Most of the issues were like an exploitation films, with half-naked girls and open guts. As a prepubescent, I ate it all up for all the wrong reasons but also apparently some of the right ones.