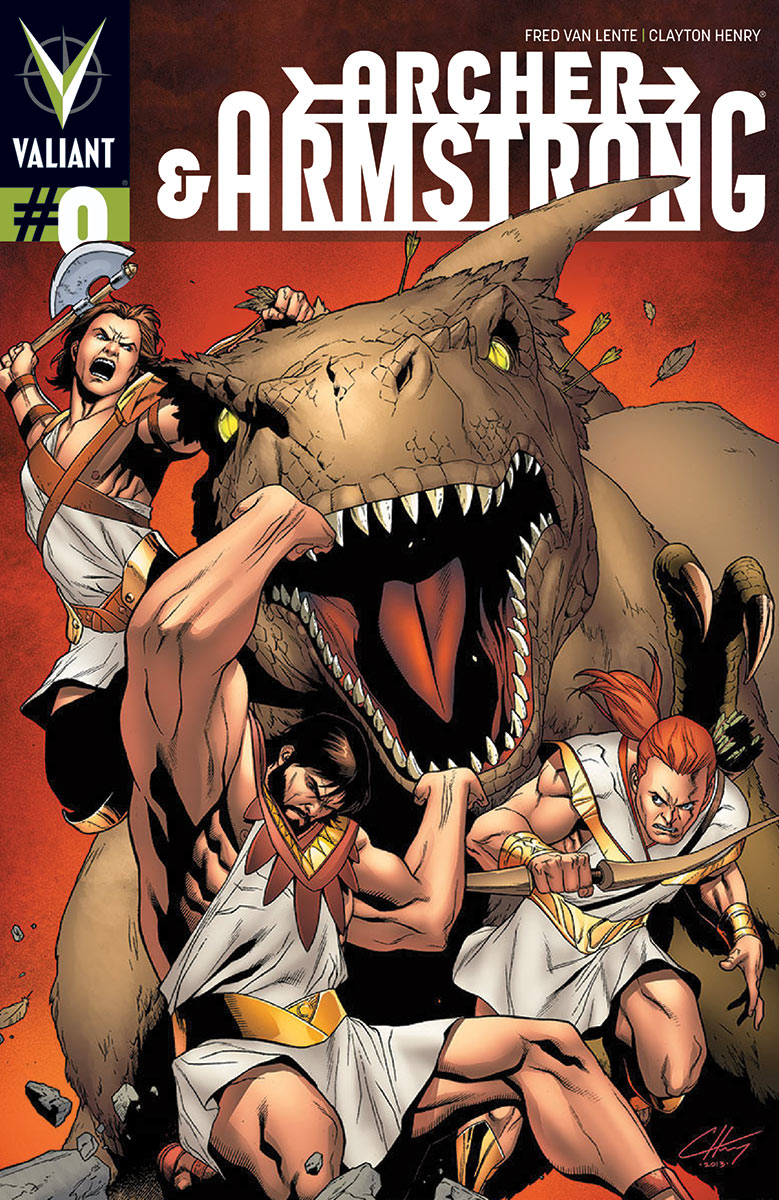 â€œArcher and Armstrongâ€ is a comic series not afraid to use low-brow humor and out there ideas to sell issues. Creator Fed Van Lente has now set his sights on â€œThe Epic of Gilgameshâ€ in his upcoming comic â€œArcher and Armstrong #0 – The Top Secret Story of History’s First Epic Fail!â€ scheduled to be released May 8th. The previews are already out and the comic is already better written than the main story.

In â€œArcher and Armstrongâ€™sâ€ usual â€œletâ€™s make up our own historyâ€ here the series tackles one of literatureâ€™s most famous works: â€œThe Epic of Gilgamesh.â€ Only this version has three brothers who are despised by their father and are on a quest to The Garden of the Sun and the characters get a major work over.

Some scholars and literature buffs may take umbrage to the changes. Now, letâ€™s put aside all the scholarly works and literary importance of â€œGilgameshâ€ for a second here: Itâ€™s a Sumerian action comic, so itâ€™s very easy to make fun of without changing much. With that said, the five-page preview sets up what seems to be a pretty interesting take on the epic. So far Van Lente has taken a comedic approach similar to Mel Brooks and Monty Python rather than CollegeHumor.com. This style works better to his advantage in that the humor is better thought out and funnier.

Clayton Henryâ€™s art sets the stage nicely. The characterâ€™s outfits and the settings do look like your typical ancient culture thatâ€™s ripe for the comedy pickings. He even got that sandy brown color and the white robes with the bright color trim right.

â€œArcher and Armstrong #0â€ has the makings to be a well-written farce on a known epic. If the rest of the comic can live up to the first five pages, this could probably be Van Lenteâ€™s best work.