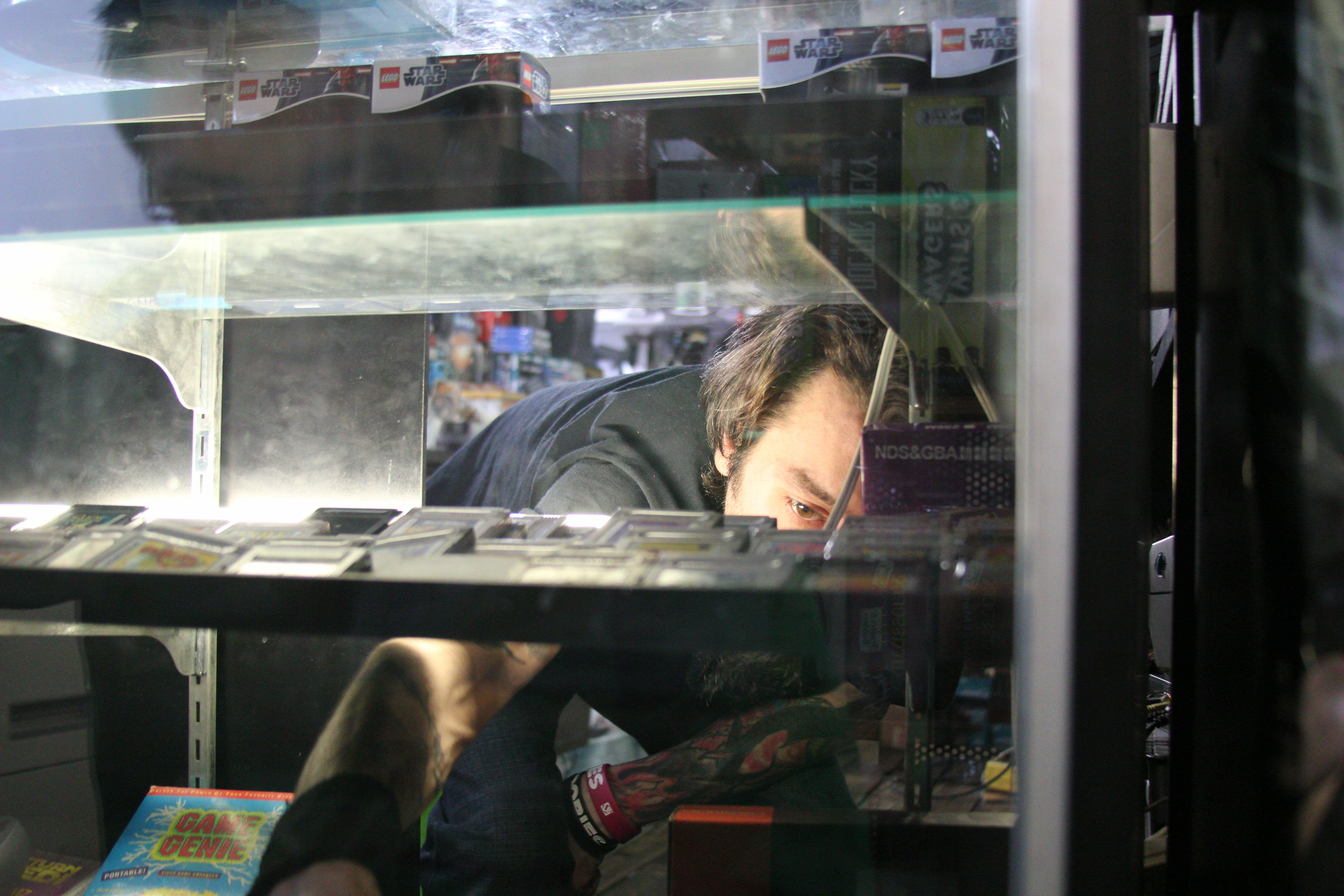 Daniel Lefkowitz, a longtime customer at 8 Bit & Up, likes the Golden Eye and Conkerâ€™s Bad Fur Day Nintendo 64 games just fine. But he has a special love: Elmo.

â€œIt just cheers me up after a hard day,â€ said Lefkowitz, 27. â€œI get to go home and turn on my N64 and thereâ€™s my little guy, laughing and jumping around. It just comforts me.â€

Even in the age of high definition, blocky 1990s Nintendo 64 video games thrive in a shadow market at places like 8 Bit & Up in the East Village. Lefkowitz is among a growing group of buyers spending big bucks to revel in the games of the past.

Experts say the retro trend has grown amid the development of graphics that seem to have a higher resolution than reality itself, beginning with the release of Play Station 2 in 2000 and the Xbox in 2001. So even with the Play Station 4 due to hit shelves later this year, some gamers are looking for a more old-school experience.

â€œThe power of nostalgia does cross generations, in the same way that kids like classic rock that their grandparents listened to,â€ said Ed Chang, an adjunct professor at the University of Washington and organizer of a website looks at video games from an academic point of view.

Chang said some fans are trying to collect and digitize old video games to preserve them. Some schools have already started this process: The University of Michigan created an archive of new and old video games that students have access to, much like an online library.

â€œIn my side of the world, thereâ€™s a lot of interest in preserving games,â€ said Chang said, noting that the American Art Smithsonian held a video game exhibition called, â€œThe Art of Video Gamesâ€ last year.

â€œThere has been a lot of attention on this massive medium,â€ he added.

8 Bit & Up, which opened in 2010, doesnâ€™t have much competition, other than another store in Manhattan and handful in the other boroughs. But Game Champ, a video game franchise, is starting to sell older games.

Most of 8 Bit & Upâ€™s profits, at least for now, are generated by the retro market.

â€œA lot of young kids are into these old games,â€ said Wolf, 26, noting that almost half the customers interested in old games werenâ€™t even born when the items were released.

Michael Rodriguez is 18 and likes to hang out with his friends on Friday nights to participate in Super Smash Brothers tournaments. 8 Bit & Up often hosts these contests.

â€œI canâ€™t play any of the new games,â€ Rodriguez said. â€œI believe that ingenuity in gameplay comes from a limitationâ€ in technology.

Pete Kiplin, 20, is more drawn by the Sega Genesis, an old competitor of the Super Nintendo from the early 1990s. He came to 8 Bit & Up looking a console, some controllers and a few games.

â€œJust like three or four for now,â€ he replied. â€œWhat do you think I should get?â€

Wolf went through a list: There was Phantasy Star IV (It has a really cool story line and a cool RPG experienceâ€) and there was Sonic the Hedgehog (â€œYou have to have to have that one. Itâ€™s like the Super Mario of Genesisâ€) but you canâ€™t forget about Mortal Kombat (â€œThey donâ€™t make fighting games like that anymoreâ€).

All of these games belong to a company that has no modern manifestation. Unlike Super Nintendo, which went on to develop the Nintendo 64 and finally the Wii, Sega Genesis only lives in the 1990s, a platypus of the gaming world, too stubborn to evolve.

â€œOf course he wants to play the Genesis,â€ Wolf said, as he rummaged through plastic carton, in search of controllers for Kiplin. â€œThey just donâ€™t make challenging video games anymore. Today, the word â€˜game is overâ€™ doesnâ€™t exist. Just have a bunch of checkpoints. Iâ€™ll be playing the Super Nintendo until Iâ€™m 90.â€

Kiplin, who was looking forward to playing the old Sega Genesis system he just paid $40 for, said he was turned off by the new and sleek $250 Xbox360.

â€œI wanted something with more soul,â€ he said. â€œAnd then I started seeing how cool these [retro] games were. My friends were so fond of them and I wanted to feel that. I guess you could say I developed a nostalgia for something I didnâ€™t have.â€