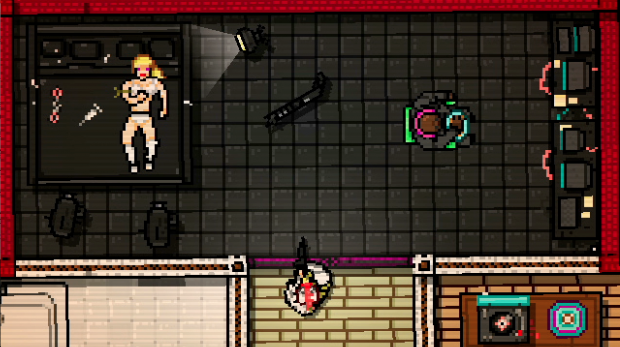 Youâ€™re a murderer. You murder people. Again. And again. How certain you are of your actions and what is, and what is not, real is what you must determine in Hotline Miami 2: Wrong Number, due out later this year from developer Dennaton Games and publisher Devolver Digital. The epic finale to 2012â€™s blood-soaked hit follows an escalating level of violence through multiple factions born from the events of the original game — all within the confines of blistering combat, the unmistakable visual style, and another powerful and intense soundtrack that pushes you to the limit and forces you to question your own thirst for blood.

Hotline Miami 2: Wrong Number commands you to step into the murderous minds of several distinct characters – each with their own motivations and methods of execution â€“ as storylines intersect and reality slips away into a haze of neon and carnage. Witness hundreds of new sprites and animations in lush new areas to clear floor-by-floor, and harness a variety of savage new weapons to satisfy your murder lust.

Due out in 2013 for PC, Mac, and Linux from Dennaton Games and Devolver Digital.