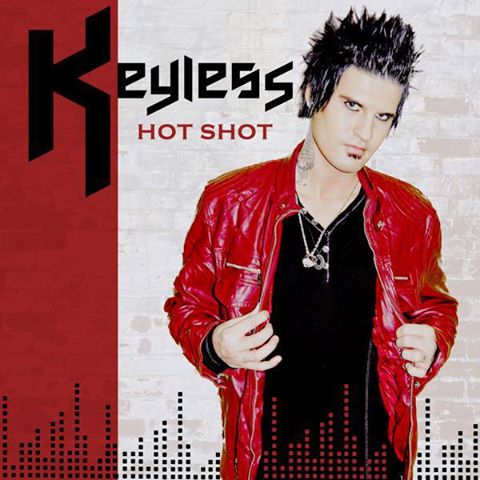 If you took Owl City, Cash Cash and Cascada, threw them in a blender with a dash of tasteless, emo lyrics, a sprinkle of cockiness and topped it off with a bit of black eyeliner, you would get a â€œHotshotâ€ smoothie.

Keyless’ debut album is nothing that would leave a sour taste in your mouth, but the sound ultimately blends into its surroundings. While the album has a few catchy songs, loses its luster after the first four tracks.

A combination of whiny lyrics and background music inspired by 80’s Nintendo themes are a mixed match when given a deeper listen.

Overall, aside from the sneak attack dub-step in the last track, Hotshot’s sound is consistent, but gets old quickly. The boy-band friendly lyrics of love and heartbreak begin to hit a bad nerve half way through the album.

Justin â€œKeylessâ€ Mckee, the up-and-coming singer/songwriter works together with producer Dave Cowell (DJ unlock) on the album, a two-year effort that takes you a fun and whimsical journey through an assortment of musical genres. Hotshot’s tracks go from pop/rock to catchy electro beats that’ll have you dancing in your chair at first listen.

Mckee started off in the pop/rock band, Chasing Juliet in his hometown of Memphis, Tenn. before he eventually branched off to create his first album as a solo artist. There is a strong presence of his pop roots mixed in with an abundance of bouncy video game-esque tunes in each track.

The title track describes a cocky home-wrecker just looking for some fun without the commitment or emotional connection that comes a long with a monogamous relationship. The vocals are strong with lyrics that are playful, yet cheeky.

Lyrically, the album takes a sharp turn on â€œHighway 90.â€ McKee goes from the over-confident, girl-stealer to a self-loathing, troubled soul in conflict with himself and those around him. â€œYou think my mind is clouded by all of my surrounding but you don’t know what I’ve been through. My life is going 90 on this wide open highway with no stopping point in view.â€ Although the lyrics are down, the beats keep up with the high speed pace of the rest of the tracks.

The following song, â€œCrazy,â€ has a captivating sound that takes control of your body and causes seat-shimmying against your will. A relate-able situation of being infatuated with an ex-lover who has moved on, tied into the upbeat music and fun female vocals has you hooked on this track. The end track, â€œShatterâ€ is a little out of place. The vocals are a bit stronger but midway through you get hit with a Skrillex sounding dub-step break down.

All in all, Keyless’ beats are strong and hold your thoughts hostage for a good portion of the day. It’s the sappy lyrics that kill the mood.