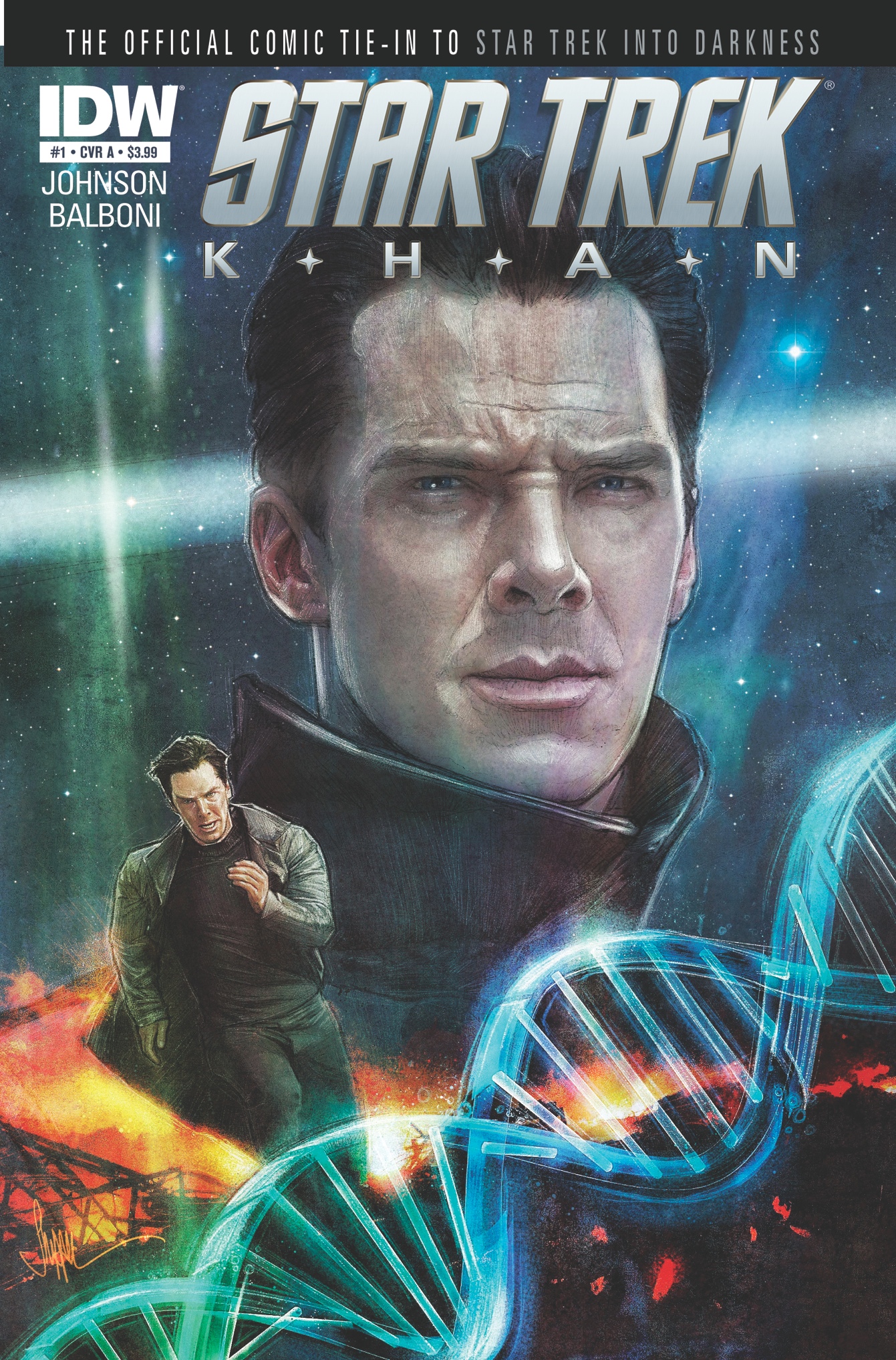 A new miniseries and more spin out of the blockbuster Star Trek Into Darkness!

This October, STAR TREK: KHAN will show intrepid readers just how the master villain of Star Trek Into Darkness became the intergalactic menace seen in the blockbuster film. Over six thrilling issues, Khanâ€™s secrets will be unlocked and the origin of evil will finally be uncovered.

Helmed by the veteran Star Trek team of writer Mike Johnson and artist Claudia Balboni, the series will be overseen by the filmâ€™s screenwriter, Roberto Orci.

“We’re traveling back in time to show Khan’s rise to power and give fans their first look at the legendary Eugenics Wars,” says Johnson. “As the series unfolds we will see the events that led to Khan leaving Earth aboard the Botany Bay, and then jump forward to witness his awakening in the future by Admiral Marcus.”

“Much like the way the Star Trek: Countdown comic book and our follow-up Nero miniseries helped flesh out that character after the first Star Trek movie,” said Chris Ryall, IDW’s Chief Creative Officer/Editor-in-Chief, “Khan will add dimension and depth to this new iteration one of the most classic villains in all of Star Trek lore.”

In addition to KHAN, the only place to continue the epic story of J.J Abramsâ€™ Star Trek film universe is in the pages of IDW Publishingâ€™s ongoing Star Trek series. Also available is the collection of STAR TREK: COUNTDOWN TO DARKNESS, the exclusive prequel mini-series leading into the hit film.

If that werenâ€™t enough, the full run of the STAR TREK ongoing series has been filled with “Easter eggs” leading in to the new film! Fans without possession of a secret-unlocking tricorder are urged to pore over the first twenty issues of Star Trek.

As Johnson says, “Now that Into Darkness is in theaters, fans reading the ongoing series from issue #1 will pick up on details, both specific and thematic, that set up the movie and the stories that follow it.”

The ongoing missions of the starship Enterprise continue throughout the year, only from IDW!