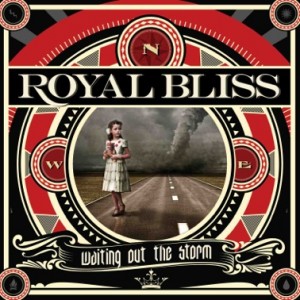 â€œChasing The Sun” is a healthy dose of timeless rock energy combined with sing-a-long pop hooks, poetic and heart-felt honest lyrics that has been missing in rock radio for quiet some time.

Hailing from Salt Lake City, Royal Bliss started in a basement as a few kids who had a passion for music and a drive to succeed. Striving to further their own abilities while building their fan base at the same time was always the ultimate goal. The music has been a message to those who listened, evolving every step of the way. From the early days when the lyrics echoed that of a late night frat party, to the deep, meaningful, and sometimes cries for help, the process of evolution is undeniable.

Royal Bliss has been making their mark across the country for years now. Constant writing, recording, and touring have helped build the success of the band. The wide variety of influences from Johnny Cash to Snoop Dog to Led Zeppelin and the Toadies with everything in between have melded a sound that cannot be denied.

In 2009 their Capitol Records debut â€œLife In-Betweenâ€ charted in the Billboard top 200 and was #1 on the Billboard Heatseekers chart. The album produced 2 top 25 songs (â€œSave Meâ€ and â€œWe Did Nothing Wrongâ€). The bandâ€™s follow-up album â€œWaiting Out The Stormâ€ was produced by Brian Virtue (Chevelle, Deftones, 30 Seconds To Mars) and spawned the hit â€œCrazyâ€.