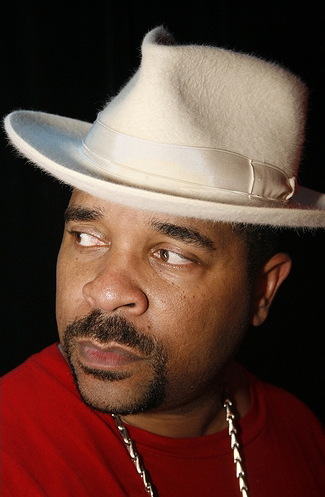 Whatever you want to call it, throughout the recent yearsâ€”the past decade or so, there’s been a lot of talk about that part of the body, specifically the female posterior.

As a curvaceous female, I have two words to say about it: “thank goodness!”

What happened to wishing for bigger boobs?Â It seems as if women traded concern on filling out a sweater with some sexy cleavage, to worry that their rump shaker doesn’t fill out their skinny jeans.

Tops are out. Bottoms are in.Â

Many people would agree that media plays a crucial role in society, affecting tastes and starting trends. And throughout American pop culture, the booty wasn’t always as big as it is nowâ€”pun intended.

The legs had it in the golden years of Hollywood, America in the 1940s and 1950s. Pin-up girls, like the late Ava Gardner and Betty Grable, were known for their legs. So much so that 20thCentury Fox insured Grable’s legs for a million dollars. (http://hubpages.com/hub/Classic-Hollywood-Pin-Up-Girls)

As the styles changed, women were allowed to expose more and the fascination with the female breasts became more public. From Marilyn Monroe to Pamela Anderson, throughout the years women with “voluptuous figures” have been shown throughout the media, and not only have they been the object of male desire, but also the cause of female envy. This is proven in the rise in plastic surgery/breast augmentation and the increase of young girls with eating disorders.

So when was this shift in wanting a pair of bodacious boobies to a bootylicious behind?

Sir-Mix-a-Lot proclaimed that his “anaconda don’t want none unless you got buns, hun,” in his 1992 classic, “Baby Got Back” and most believe this rap song paved the way for big booty women to have their time to shine. The man loved big butts, and about that he couldn’t lie. However, most of the 1990s glorified the tall, long-legged super models that graced the cover of magazines and runways. “Baby Got Back” made mention of this by implying fashion magazines made curvy women feel fat for the extra junk they carried in their trunk:

Well, I ain’t down with that…”

My hips widened at the on-set of puberty, about 1999 or so. Besides feeling like “the fat girl” in class, at this point, I was forced to wear what I could only call “mom-jeans.” They never fit me correctly. My waist is a lot smaller than my hips and ass are, and I’m talking about the days before low-rise jeans. So, inevitably, I had a huge amount of denim fabric sticking out around my waist when I sat down and the lucky few people behind me got to see what color underwear I was wearing that day. Not a sexy look.

The million-dollar ass that changed the country.Â (http://www.businessinsider.com/10-of-the-worlds-craziest-insurance-policies-2010-3)Â Most Americans today believe that Latin American singer/actress, Jennifer Lopez contributed greatly to the big booty phenomenon with her bootylicious backside. She has one of the most famous asses in the world and has claimed that she told her personal trainer not to mess with it, taking cues from Sir-Mix-a-Lot, “you could do side bends or sit ups, just please don’t lose that butt.”

Lopez shortened her name to J. Lo and started a clothing line at Macy’s at the end of 2001. Hallelujah! The phenomenon started just in time for me to start high school.Â I no longer needed to get every piece of clothing I wore on the bottom half of my body altered. The J. Lo brand was made for women with curves. Being a bit lower on the waist meant that I didn’t have to carry around extra amounts of denim around my tummy anymore. I was able to see that I actually had a waist.

Celebrating stretch denimÂ allowed me to embrace my body instead of hide it. It still took me many more years to fully appreciate my body, and be comfortable with it, but at least thanks to J. Lo I didn’t have to worry about boys laughing at my ass-crack behind me in biology class.

With the good, comes the bad and even though I was a bit chunkier then than I am now, I still received a lot of unwanted attention from the opposite sex at a young age.Â My curves made me appear “more mature,” and I looked “like a woman.” I was told on numerous occasions that I was probably “slutty” or “easy” because of my shape. But this was in the early days of butt-appreciating-America and now I love the fact that one of the first things my fiancÃ© told me was that I have “the nicest ass” he’s ever seen.

I’ve come to terms with the fact that I’ll never be a size 0 or a size 2, and I’m more than okay with that. I constantly have to watch my diet because I have one of those bodies that just has to be in the same room as bacon to gain 3 pounds. However, all these things are manageable. The idea of getting a boob job, I must admit, was always in the back of my mind–in order to even out my “pear shape.” But my medium sized chest has been treating me just fine these past 25 years, I think I’ll keep them.

Many, many women choose to get breast augmentation surgery. I know 6 women alone who went under the knife for a bigger set of tatas. Nowadays, women strive for perfection in other ways.Â The newest trend is ass augmentation.Â

However, for those who want a more permanent solution to their tuschy insecurities, plastic surgeons around the country offer a Brazilian Butt Lift–Brazilian women are known for having nice asses. Dr. J, Aesthetician and Plastic Surgeon in Beverly Hills, (http://www.drjplasticsurgery.com/brazilian-butt-lift-beverly-hills.html) explains that “there are essentially two different types of butt lifts. The first involves implants, and the second involves transfer of fat from other areas of your body to your buttocks.”

We should have known that the fake posterior was going to happen, after all it’s the equivalent of tits in a push-up bra. However,Â It never occurred to me women would go so far as to enhance their derriÃ¨res with injections and surgery.

The old fashioned way of diet and exercise as always worked fine for me–helped me lose 60 pounds. So for those of you who want a bottom that looks more like BeyoncÃ©, Kim Kardashion, or Shakira, there are many different DVDs, YouTube videos, and articles around the web that advertise achieving that Brazilian booty without a trip to the Operating Room.

Leandro Carvalho(Â http://www.leandrofitness.com/index.php?/about.html) personal trainer to the stars, is known for creating the “Brazilian Butt Lift Work Out” DVD series. He also has a partnership with Equinox gyms, which offer classes of his like “Brazilian Tummy Tuck,” and “Brazilian Groove”–a cardio/dance class.

Not much of a gym person? Fitness magazine offers a 5-Minute Brazilian Butt Lift Workout (http://www.fitnessmagazine.com/workout/butt/exercises/5-minute-brazilian-butt-workout/Â with no equipment required.

The love of round rumps doesn’t seem to be a passing trend, America was just a little late to catch up.

“Everybody loves the butt in Brazil,” Carvalho told CBSNews. “It is the most important part of the body to work out.”

Do you understand the politics of the booty? What do you think of Americas new found love for the backside?