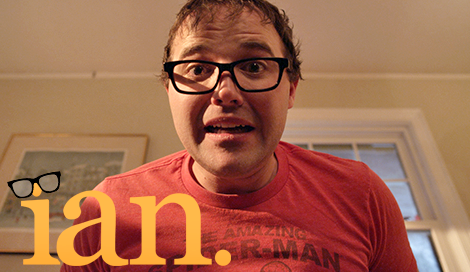 25 year-old Ian may still be a virginâ€¦ but it certainly isnâ€™t for lack of imagination. Neurotic, big-hearted, and painfully shy, Ianâ€™s outrageous fantasies belie his otherwise unremarkable life. The trick isnâ€™t to find the girl of his dreams â€“ itâ€™s to bring her back to reality holding his hand. Over the course of the show, Ian pays homage to iconic movie genres, including â€˜80s Teen Comedy, Kung Fu, Film Noir, B-Movie Sci- Fi, Fosse Musical and a Spaghetti Western.