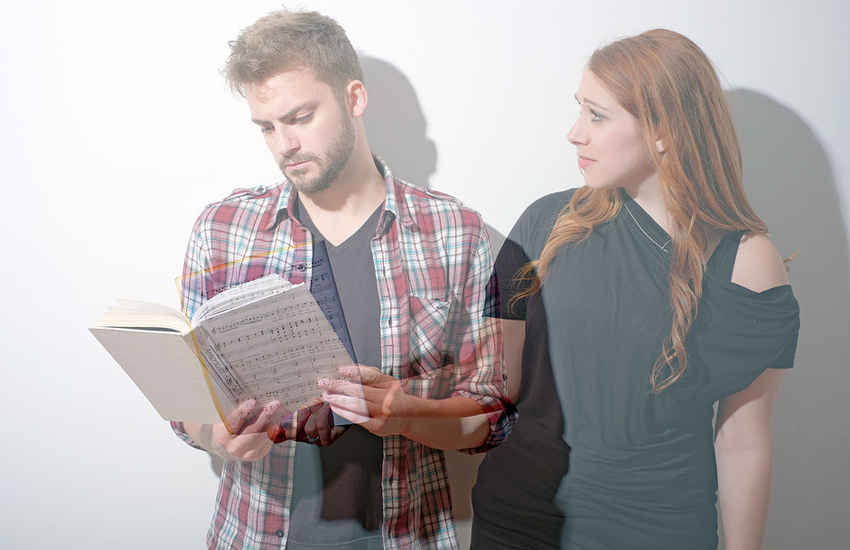 Review Fix chats with director Sasha Bratt and playwright Bill Zeffiro about â€œFrame 313,â€ a compelling new production about a manâ€™s obsession with the assassination of JFK currently running at this year’s Midtown International Theatre Festival in New York City.

Bill Zeffiro: I spent about 20 years consumed with Conspiracy Theories. I did hear Dick Gregory speak, and watched the Zapruder film at Oberlin in the 70’s. Then in the early 90’s I read a book called Case Closed by David Posner which answered all my questions about the assassination to my satisfaction and I now believe Oswald acted alone. The play came out of me asking myself what that journey was about.

Review Fix: What initially attracted you to this production?

Sasha Bratt: Initially, I was attracted to the team producing FRAME 313, Ensemble Atria. I was impressed by their mission, their collaborative nature and their desire to produce new works. Collaboration can be somewhat of a buzz word, so it was great to see a company putting that idea into action. And then, as I read the play, I instantly connected to the characters and the journeys they were going on. I like the micro/macro balance in this story of a young assassinologist obsessed with the Kennedy assassination, so obsessed in fact, that it is taking over his identity. Audiences can relate, at any age, to the backdrop of this play, the Kennedy assassination, but as the characters interact, grow, and mess up, another story, equally relatable emerges, about friendship, relationships, love and identity. These are two great ideas that have been laid over each other beautifully, in a fun humorous way at times, but also original and familiar all at the same time.

Zeffiro: That as my character Prospero says and I’m paraphrasing: The conspiracy was for me. I needed it because I couldn’t accept the fact that sometimes life is random and stupid. Terrible things happen that can change the course of history because of one miserable loser with a $13 rifle.

Bratt: During this process I’ve done a lot of thinking about previous shows I’ve directed and what made them successful and what I would change if I could. What I’ve learned in this process and confirmed through that self-evaluation, is that the best work I’ve been apart of has always been when I’ve meshed with the design team, and we were able to riff on ideas like a jam band. It’s a great intellectual pursuit, and shows that everyone in the room is able to be inspired and be inspiring. I’ve always have had great relationships with the actors I’ve worked with, but what has made the show more successful is when the creative juices are all flowing together. I’ve had that with this play since my first meeting before I was hired, and it has continued with the design team, with the playwright in the room, with the actors, the stage manager and with the whole company. I do my job bet when I can create, am in, and can maintain that creative, open and honest, intellectual environment.

Zeffiro: People who can find humor in the situation and also have a genuine interest in what President Kennedy’s death meant to an entire generation.

Bratt: Young people about to enter into a committed relationship. Anyone who has had a bad relationship. Anyone who’s dealt with obsession or addiction (their own or someone else’s). It’s a wide swath, but there is a thesis presented in the play that the Kennedy assassination effected everyone in some way as it irrevocably changed the country- so by that standard, the play should be of interest to anyone.

Review Fix: Tell me about the cast. What makes them so special?

Zeffiro: I love it that with the exception of Frank Anderson, no one in the cast is old enough to remember these events first hand and yet they relate to it and get the impact it had on the country at the time. I am thrilled with the actors and the way they are bringing my vision to life and finding things in the script I didn’t know were there

Bratt: I love this cast for their fearlessness and ferocity. Our play is set in 1988 and centers around the 25th anniversary of the Kennedy assassination, but only to a point. The real guts of this script in in these relationships, and this cast has been bringing the truth and the ugliness of each character and their choices as well as their humor and love. But we need to see both the good and bad of all the characters, and it takes true vulnerability to express that, and these actors have been doing just that.

Zeffiro: The generational aspect. Mark is a second-generation critic in 1988 who seeks out Prospero who’s been a critic of the official story from the beginning in 1964. And because the show is set in 1988 and 1989 we the audience are from a different generation than the characters we are observing.

Bratt: I’m excited about the work the design team has done to bring this world to life. I think our lights, set and sounds will not just assist the story, but will be integral to the artistic telling of it. Our designers are all great artists and we’ve had great dialogue on the play, its themes and characters, and I think that synergy will be evident in the entire theatrical experience.

Review Fix: Bottom Line. Why should someone see this show?

Zeffiro: If they want to wrestle with a couple of the big questions about why we are here and also be entertained.

Bratt: The beauty of this play is that there is something that anyone of us can relate to. We’ve all dealt with obsessions, addictions, regret, missed opportunities, good, bad and unreal relationships- and that is all here. These relationships are all based in a relatable truth and that access to honesty always creates a worthwhile theater experience. This characters obsession happens to be the Kennedy assassination, but the life that he is ignoring because of that obsession, is one any of us could recognize.

Zeffiro: As a piece that says get unstuck from whatever your personal version is of Frame 313 and embrace the life you have
.
Bratt: This is a play about people and relationships. It’s a play about choices and consequences. It’s about being lost and finding your way again. I’d like this production to be remembered for its emotional honesty and how it depicts that life’s events (both big and small, personal and communal) have an impact on our lives, but we still have the power to be in control of our own destiny.