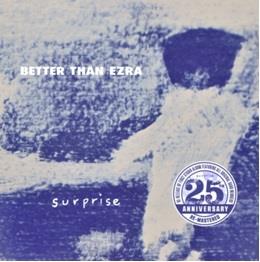 Review Fix chats with former Better Than Ezra drummer Cary Bonnecaze, who discusses the re-release and remastering of the bandâ€™s first album, â€œSurprise,â€ just in time for its 25th anniversary on August 19th via Liaison Records.

Originally released on cassette in 1989 on Swerve Records, the album was been long out of print.

Also discussing the bandâ€™s roots and their later commercial success, Bonnecaze also discusses his career and why he left the band in 1996.

Originally released on cassette in 1989 on Swerve Records, the album was been long out of print. Appearing on soundtracks the likes of “The Babysitters Club” and “Empire Records,” Better Than Ezra has sold over two million records worldwide.