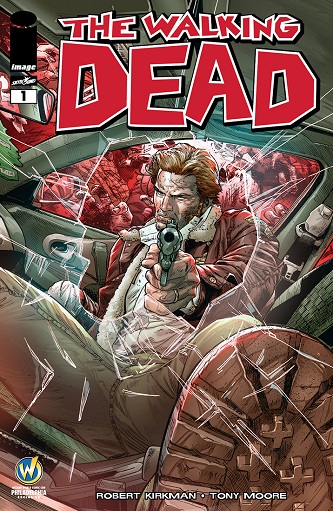 The exclusive The Walking Dead #1 edition will be produced in extremely limited quantities and is available at registration to fans at the Pennsylvania Convention Center only while supplies last. VIP attendees will receive an additional black & white sketch version of the comic.

The prolific Mann has worked on popular titles for both DC and Marvel, including X-Men, Batgirl Indestructible Hulk, Gambit, Thor: Man of War, Daredevil and many others. The Orlando, Florida, resident is working with Valiant Entertainment on the new series Ninjak.

The artists for future books will be announced as they are selected. A similar series in 2013 featuring exclusives of The Walking Dead #1 proved to be wildly popular with fans. The full schedule of 2015 Wizard World shows is available at www.wizd.me/PRSchedule2015 .