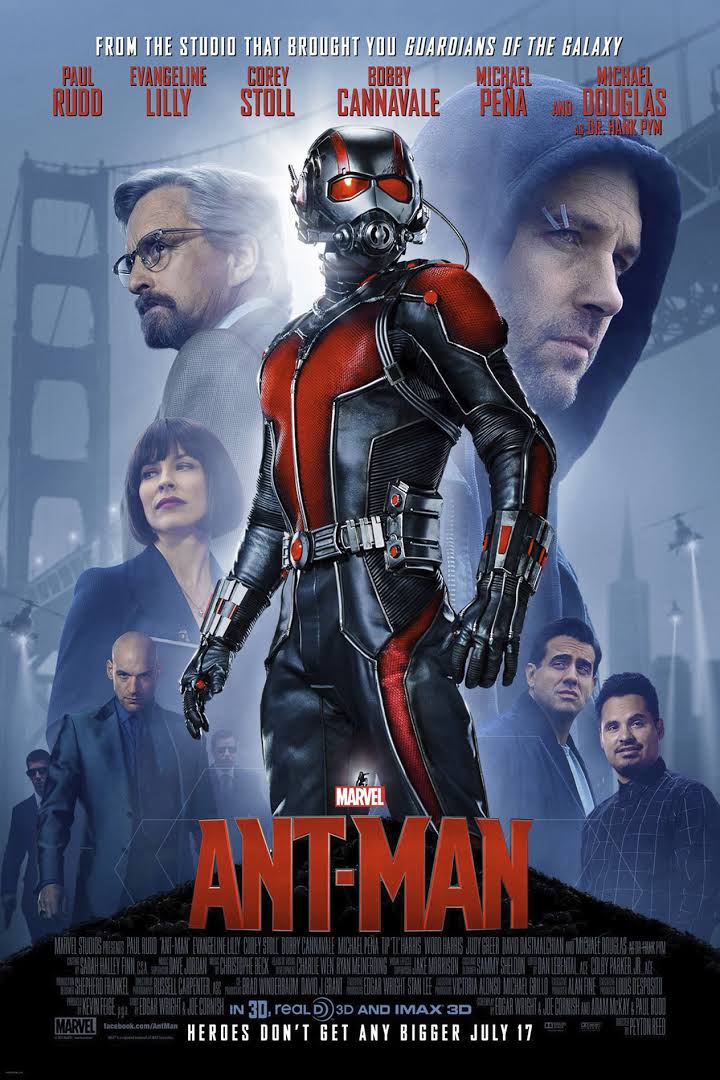 â€œAnt-Manâ€ is an abundance of fun along with plenty of laughs and better fight sequences than you could have ever expected.

After being forced out of his own company by former protÃ©gÃ© Darren Cross, Dr. Hank Pym (Michael Douglas), the Original Ant-Man recruits a master thief Scott Lang (Paul Rudd) who was just released from prison. Lang then becomes the new Ant-Man, trained by Pym. Now in possession of the Ant-man suit, Lang can shrink to the size of an Ant and possesses super-human strength. He can also control an army of ants. The miniature hero has to use his new skills to prevent Cross, also known as Yellowjacket, from perfecting the same technology and using it as a weapon for evil.

While â€œAnt-Manâ€ possessed more comedy than action, it was well-written and has an intriguing, almost coming of age plot line that works due to the chemistry between Douglas and Rudd. They are charismatic as they both roll with the punches and feed off of each other really well. There were a few instances where you feel for Lang as he tries to reconnect with his daughter after being imprisoned. Although it was wrong for him to go back to his criminal ways, he has made the right choice to work for Pym.

But this is more than a cute tale. It’s got some bite to it. The fight sequences were not reminiscent to any of the â€œHoney I shrunk the Kidsâ€ movies. They were well-choreographed and focused mostly on how Ant-Man displayed his fighting skills. Rudd does a fantastic job of embracing the Ant-Man role. His charisma and puns make him a likable character and his power to shrink captures what makes the character so endearing.

What made â€œAnt-Manâ€ a thrill to watch the most however was the constant display of how effective the suit can be when utilized properly. Although the plot line was simpler than previous Marvel movies, this film stands out because this superhero has powers that are much more interesting than most of the Marvel universe.

Even cooler, there were a few interesting cameos in this film that will definitely set up for a sequel. From start to finish, â€œAnt-Manâ€ was a ton of fun to watch. Not only was the action thrilling, but it was the characters that made this film a success.