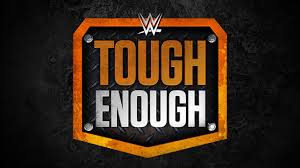 Review Fix Editor-In-Chief and wrestling guru Patrick Hickey Jr. discusses the third episode of “Tough Enough,” which saw competitors meet WWE World Heavyweight Champion Seth Rollins and try their hardest to develop their own character. Tanner and Patrick also mixed it up in the house, which led to a pretty cool moment between the two top contenders in the competition.