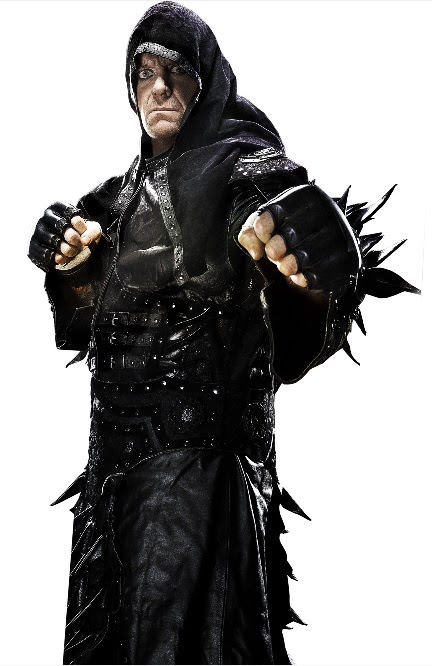 WWEÂ® Superstar UndertakerÂ® will attend the second annual Wizard World Comic Con Tulsa on Saturday, October 24, at the Cox Business Center. He will sign autographs and pose for photo opportunities from 1-5 p.m. in what will be his third scheduled Wizard World appearance ever.

For more than two decades, â€œThe Deadmanâ€ has loomed over the WWE landscape like a menacing shadow, spelling out doom for those who dare cross him. Imbued with seemingly mystical abilities and preternatural in-ring ability, The Undertaker is a WWE great in a class by himself, and no list of legends would be complete without him.

First introduced at Survivor Series in 1990, it wasnâ€™t long before he began to battle with WWE Hall of Famer Hulk Hogan. This clash set the tone for Undertakerâ€™s dominant career. No one was too big and no one was safe from his gloved grip.

â€œWe are honored to announce The Undertakerâ€™s third Wizard World appearance and first one in Tulsa,â€ says John Macaluso , Wizard World CEO. â€œThe Undertaker is one of the most recognizable entertainment figures in the world, and this will be a memorable experience for the entire WWE Universe.â€

Wizard World Comic Con Tulsa is the 23rd of 26 events currently scheduled in the 2015 series produced by Wizard World, Inc. (OTCBB: WIZD). For more on the event, visit www.wizardworld.com/home-tulsa.html .

The 2015 Wizard World Comic Con schedule is available at: www.wizardworld.com/wizcon.html .