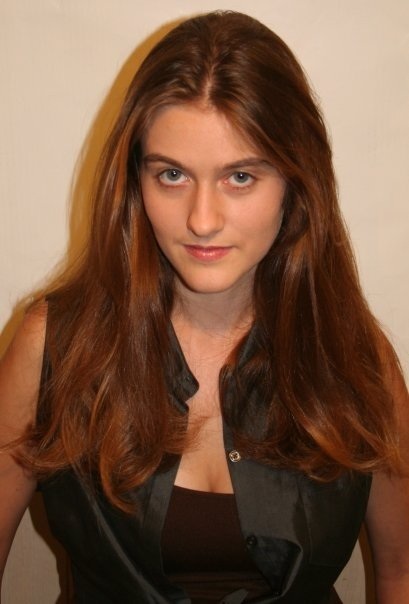 “They don’t know what they’re thanking me for,” says one of the characters of “In Our Own Voice” about people who express their gratitude to her, a female veteran, for her service. Based on the interviews, conducted by the playwright and her associates by phone, Skype and in person, the play, written by Beverly Coyle and directed by Colleen Britton for the Planet Connections Theater Festivity, tells us the stories of a few women-veterans, who talk in their own voices about their military training and how it changed their lives, for better or worse.

Telling us about recruitment, training, service and homecoming, the four actresses, Cailin Kless, Sionain Kuhner, Eirinn McGuiness, and Katrina Perkins, are dressed in uniforms and often switch accents when portraying multiple characters. Although we do not get to ask the characters any questions, we hear them talking to us in a trusting, conversational manner, and gradually learn everything we wanted to know… except for the veterans’ names. This reminds us how many of them may be walking among us, unrecognized for their courage and devotion. Any woman we see on the street may have left her family to fly overseas and fight in a war only to come back and feel “like an alien visiting from another planet.” Hearing these women’s voices makes us aware of their presence and more eager to help them readjust.

Dealing with women’s experiences, the play can’t help but address gender issues, such as motherhood, sex discrimination, and rape in the military. We are reminded, for example, that these women dwell in “the atmosphere that’s all about man power,” where “everything is sexualized.” Going through the same training as men, women are still perceived as the weaker, inferior sex. For this reason, they are often made feel like outsiders, or sexual objects. Doing their job just like men, they are scrutinized and expected to mess up. In addition, they have to constantly combat unwanted sexual attention and ignore remarks like, “Salt? Aren’t you gonna add some pepper?” Such references to their sexuality degrade women and make their experiences with the military even more difficult and unpleasant than men’s.

Furthermore, “Don’t ask, don’t tell” policy drew the line between homosexual and heterosexual soldiers. Existing from the end of 1993 till September of 2011, it prohibited discrimination on the basis of one’s sexuality, while also barring openly homosexual or bisexual people from serving in the U.S. military. Consequently, only heterosexual soldiers could ask for a leave if their spouses fell ill. As one of the characters notes, this made her feel “less of a soldier and more of a liar,” and that she had come out of the closet “just to go back to it.” Thus, although all soldiers put their lives on the line equally, not everyone is treated with due respect even during their deployment.

Finally, when discussing the characters’ return, the play shows how military service affects one’s relationships with his or her loved ones. Challenging the traditional role of a woman as a housekeeper, deployment keeps her away from her family and may even lead to a divorce. Her children may grow up without seeing much of their mother. Her relatives and friends may have a hard time accepting that she had to kill people as part of her service.

This is not to mention that the woman’s perception of self and her surroundings also changes. Having returned home, she has to overcome PTSD – “not exactly culture shock,” but perceiving everything as “too much, too loud, too brightly colored.” She has to make a place for herself in this strange new world and learn to feel at home again.

Thus, giving us an insider’s perspective on women in the military, “In Our Own Voice” tells us the stories veterans usually keep to themselves. It also reminds us that gender- and sexual-orientation-based discrimination is not a thing of the past. In this manner, it educates us and broadens our minds, encouraging us to be more understanding of someone who may be different from us, or have experienced something we never will encounter.

This week’s episode of Impact Wrestling featured a trio of solid matches, but plenty of storyline development that will surely...