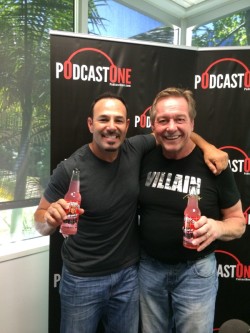 Review Fix chats with professional wrestling star Chavo Guerrero, who discusses his experiences with the late Roddy Piper, sharing a story or two on how Piper affected his life, as well as his time in WCW as well as what heâ€™s currently up to in Lucha Underground.

â€œThe Chavo Showâ€ airing on GeekNation is by Chavo and his beautiful co-host Madison Dylan. The program has been dubbed a â€œmanâ€™s manâ€ type show, featuring interviews with entertainers from the world of wrestling including: Chris Jericho, Rampage Jackson, Rowdy Roddy Piper, John Morrison, and many more.

Guests will discuss everything from old stories to favorite drinks to muscle cars; think macho guys with a sardonic twist of fun, jokes and libations.