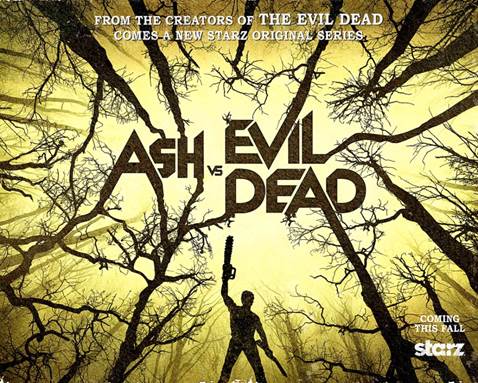 This episode of â€œAsh Vs Evil Deadâ€ brought plenty of sarcasm and even more blood to the table.

â€œBaitâ€ was an episode that had Ash and Pablo fight off deadites, which are evil demonic zombies. After Kelly takes off to see if her dad is ok, Ash and Pablo are in pursuit after it is presumed that the evil book is missing. Once Pablo confesses to Ash that he originally had the book and wanted Ash to save Kelly and her family, that is when all hell breaks lose and Ash’s prediction about Kelly’s mom comes true.

This episode was not only filled with massive bloodshed, it also contained many sarcastic one-liners from Ash that brought levity and made you forget you were being set up for a scare. Like the first episode, there were instances where you would jump with fear as deadites would appear out of nowhere.

Once Ash proved that Kelly’s mom was a deadite, there were plenty of action-packed blood sequences that took place. You couldn’t help but laugh hysterically when Ash would come up with his idiotic, but wise sayings regarding bait, fish, and whales. Once Ash has killed Kelly’s Mom, the dust had settled and the bloodbath was set aside.

Ash, however, is in serious trouble as he was ratted out by his neighbor, and placed in a sketch. Detective Fisher had found the card to the bookstore near Ash’s trailer. You know she will find out about Ash and his past, and how these killings are all connected. She knows that Ash is a key contributor to these killings and it seems like her first stop of the investigation will be the bookstore.

This episode brought plenty of action and laughs and was all out fun. No one can pull off the Ash character quite like Bruce Campbell. This role was definitely made for him. Not only does he have the look but he also has the wit and personality that could make this show a hit. Especially for Starz. So far this series everything you could ask for. It certainly is Groovy.