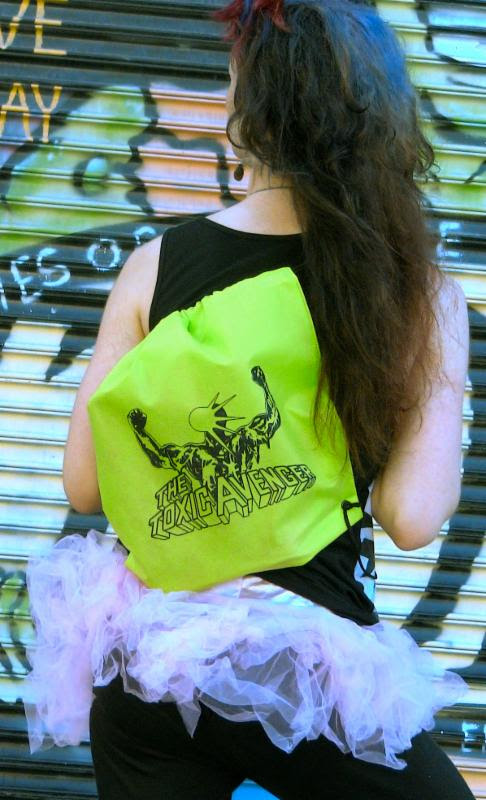 Greetings from Tromaville! After being spotted on the streets of Milan and Paris, and its huge success during Fashion Week, Troma Entertainment has decided to bring the exclusive The Toxic Avenger Back to School Backdoor Backpacks to the 2015 New York City Comic Convention.

“It really works,” said Troma President, Lloyd Kaufman. “I filled up my Toxie Back to School  Backdoor Backpack with candy corn and not one delicious kernel was spilled or damaged, even though I also had a few books and slices of Swiss cheese in the backpack.”

These bags are truly EXCLUSIVE and will only be available at booth #426 at NYCC from October 8th-11th. Although valued on the runways in Milan as “priceless,” these stunning accessories will be available for only $8 each.

“These Tromazing backpacks are sure to cause a ‘fan-toxic tsunami’ at the NYCC, because trick-or-treating will be better than ever this year to store all your candy…or for your spare body parts,” said Kabukiman’s Cocktail Corner creator, John Brennan.