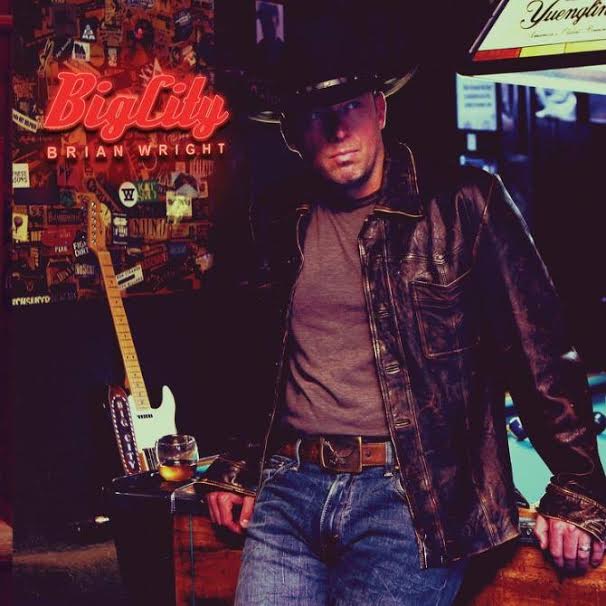 Review Fix chats with Big City Brian Wright about his new album â€œHonkytonkitis,â€ as well as his goals for the future and unique creative process.

Big City Brian Wright dreamed of doing only two things with his life, flying airplanes and singing country music. Â That’s what he loves and that’s what he does. Â Taking the traditional route of creating music for the masses is NOT what he does. Â He has an unwavering dedication for revealing the truth in his lyrics, good or bad. Â “I refuse to use an idea or rhyme because it fits or sounds cool. Â And what I say sometimes leaves the pros questioning my choices. But, what I do is real. Â Reality is not always perfect.” And often-times he ends up combining his passions in song because of his “write it like you live it” approach. Â “This is the life I live, so this is the music I make. Â If I didn’t have a job or a house and was partying in fields with girls and making out in the river, I guess I’d write those kinds of songs, but I doubt anybody does that” says the native Georgian.

Review Fix: How’d you get your nickname?

Brian Wright: Being from a small town withÂ virtually no nightlife, especially live entertainment, it was a sarcastic remark from a buddy that earned me that name.Â  It happened after I got asked to leave one night (kicked out)Â from 3 bars in a row for thinking it was cool to drink 20 beers and smash all the bottles on the floor when the band played Waylon Jenning’s songs.Â  He said, “Big City” Brian Wright, we can’t take you anywhere!”Â  So, it stuck.

Wright: I write on a whim.Â  Whenever I hear something or feel something powerful enough to make me get off my ass and pick up a guitar and write it down.Â  When it’s good, I can’t get it out of my head until I finish writing it or recording it somehow.Â  I call it “exorcising my honky tonkÂ demons.”

Wright: I remember where I was the first time I heard this song.Â  I was sitting in a white, ’83 CJ7.Â  My cousin said, “You’ve gotta hear this.”Â  He popped in a Waylon’s Jennings Greatest Hits tape into this factory stereo Jeep.Â Â From thatÂ opening guitar lick, country musicÂ changed for me, forever.Â Â “Lonesome, On’ry and Mean” were ironically written by Steve Young, which I found out later, was alsoÂ born in my small hometown of Newnan, Georgia.Â  When we recorded this song, the band was having so much fun with it, they played an extra whole two minutes in the studio.Â  The music was so good, I couldn’t edit it out, so I wrote another verse, the last one on this version.Â  I contacted Steve Young, and with his permission, it stayed on the final recording.

Wright: I hear folks say the same thing a lot.Â  “Country music has story songs.Â  Songs I can relate to.Â  Songs that make me remember stuff about my life.”Â  That’s so true.Â  That’s because it was originally created to do just that.Â  It was written by folks during heartache, pain, good times, funny times, whatever.Â Â They lived it and wrote about it.Â  There was no backing beat or instrumental tricks to make it sound good.Â  It was lyrics to one or two instruments.Â  When you hear them sing it, you have no choice but to believe it.Â  Because it’s the damned truth!Â  And that’s what the good stuff does, it doesn’t go out of style.

Review Fix: How would you describe your tunes to someone who’s never heard them?

Wright: My music is real songs about real life, the way country music was intended.Â  It’s not written to sound cool or be songwriter perfect.Â  It’s about life andÂ life isn’t perfect.

Review Fix: Away fromÂ Lonesome On’ry And Mean, What’s your standout song on the new album? How was it written?

Wright: All of these songs are so different, it reminds me of a bourbon tour I went on once.Â  The old guy said, “Everybody always asks, what’s the best bourbon?”Â  And I tell them, “It’s the one you like the best.”Â  I think this is the same way for music and this album.Â  They’re all so different.Â  I’ve been surprised by howÂ there is no one standout.

Wright: I’m going to brag a little, but also give some perspective on the music business.Â  “Honkytonkitis” is a collection of my life songs.Â  They were literally lyrics on a page, never recorded.Â  I had so many songs that I wrote over the last 15 yearsÂ that I knew I would forget how they sounded if I didn’t start recording them.Â  I’m very lucky to have some really great connections in the musician circle in Nashville, that originally stemmed from my flying career years ago.Â  I recorded these songs at Ocean Way Nashville, which a lot of folks will agree is the best room in Music City, with a bunch of A-List session players who happen to also be some of my favorite people.Â Â I remember the first song I recorded there.Â  My guitar player, Jeff King, said he thought he could squeeze me in a session.Â  I asked him where to meet and he told me.Â  After a quick Google search, I realized I was gonna be recording in the same studio that The Rolling Stones, U2, Ray Charles, Alan Jackson, George Strait, Garth Brooks, basically everybody has recorded in!Â  This is literally my first recording experience ever.Â  Now, I’m having a panic attack that a hack like me is about to record with these pros in this atmosphere.Â  But, once I heard that band playing my song live, I was hooked!Â  I mean, I’m recording radio ready songs I wrote with world class talent in a world-class studio on an independent budget.Â  I’mÂ one lucky dude! This is not the norm.

Wright: I’ve spent the last 5 years laying the foundation for Big City Records.Â  We haveÂ the firstÂ complete album, “Honkytonkitis,” a second unrecorded album and a third project about half done.Â  For 2016, I’d like to expand the fan base andÂ establish a profitable touring route with a full band.Â  When the album drops on 3/31, it’ll be everywhere digitally, streaming, etc.Â  I’m still pushing terrestrial radio, mainly the stations who will play independent stuff.Â  I love the relationships I’ve made there because these folks are still exciting about real music.Â  I’d also like to be able to reinvest towards the next project and start recordingÂ inÂ early 2017.Â  Being a one man label is not for the lazy.Â  Luckily, I’m a naturally motivated person.

Wright: I’m not one of these folks who likes to artistically weave hidden meanings in songs.Â  I pretty much say it like I live it.Â  Life is funny, sad, crazy, loving, whatever.Â  What it boils down to is, this is entertainment.Â  It just happens to also be songs about my life…which is sometimes entertaining :)

Wright: I really want to focus on developing my brand and grow something that is not onlyÂ self-staining, but is able to create value for others, including those in need.Â  I’m not a rich man, but flying airplanes pays the bills.Â  I don’t do this because I need money.Â  I definitely don’t have a desire to be famous.Â  But, my mind is restless and the need for a creative outlet will always be there.Â  Country music gave me everything I have.Â  It isÂ my life.