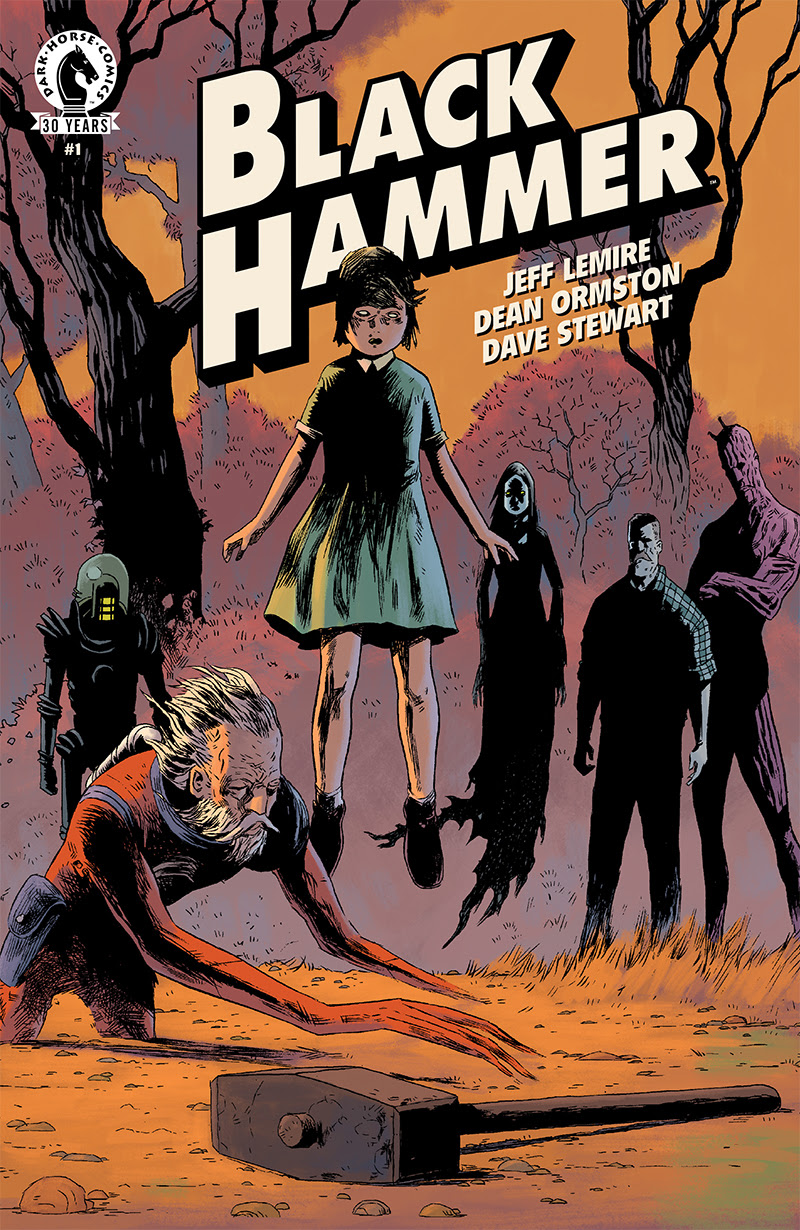 From the prodigious brain of Lemire (Descender, Sweet Tooth, Essex County, A.D.: After Death, Plutona) comes Black Hammer, a character-based superhero drama amazingly brought to life by Ormston (Lucifer, The Sandman) with colors by none other than Eisner Award–winning veteran Dave Stewart.

Once they were heroes, but the age of heroes has long since passed. Banished from existence by a multiversal crisis, the old champions of Spiral City—Abraham Slam, Golden Gail, Colonel Weird, Madame Dragonfly, and Barbalien—now lead simple lives in a timeless farming town. Even as they try to find their way home, trouble has a unique way of finding heroes wherever they are!

“Black Hammer has been a labor of love for me,” says Lemire. “It’s a project that I’ve been working on in various forms for seven years.”

With a variant cover by Lemire, Black Hammer #1 launches on July 20 and retails for $2.99. Preorder your copy today at your local comic book store.

Although it was promo heavy, this week’s NXT actually did a better job at setting up its feuds for its...