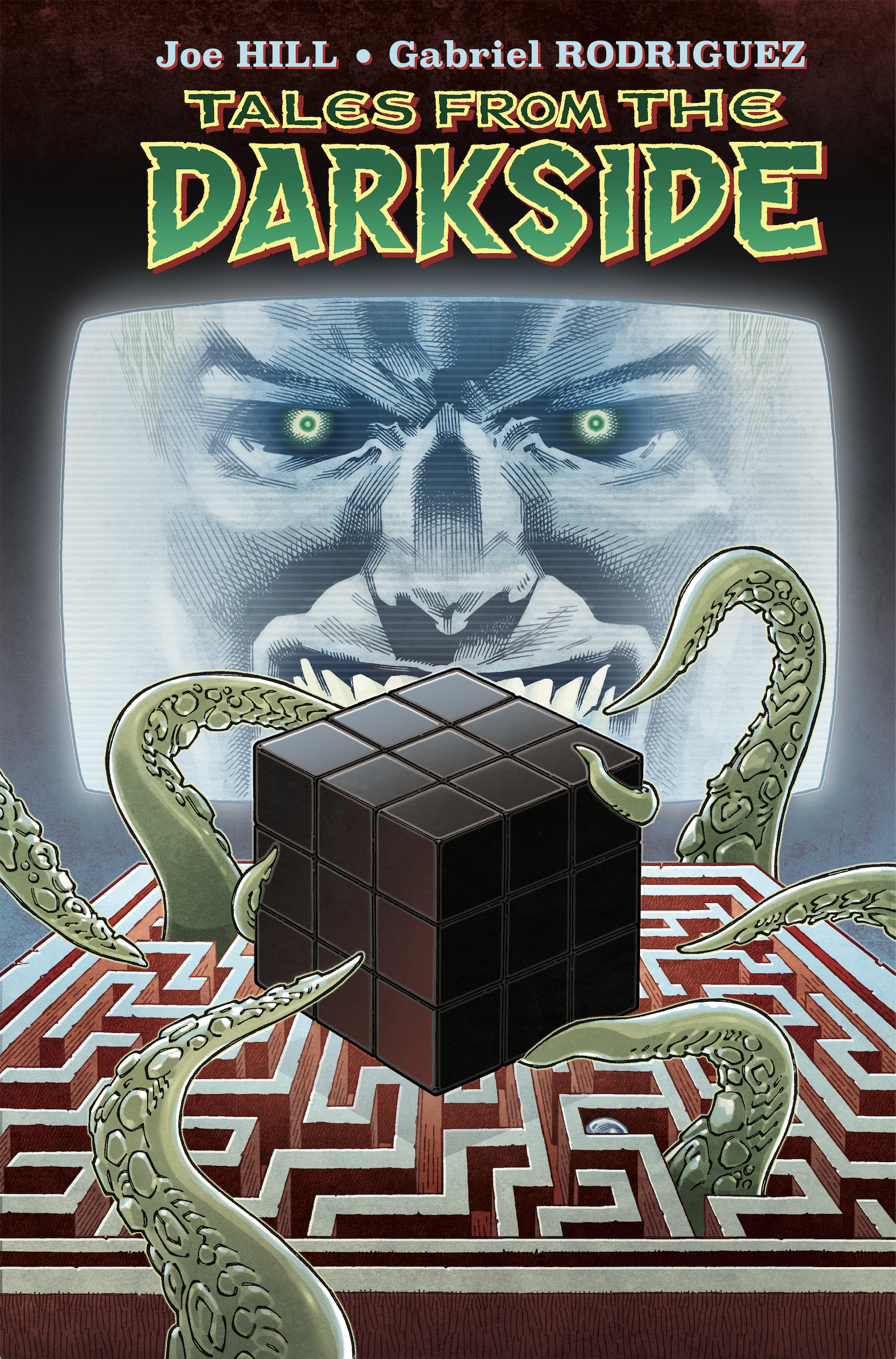 Locke & Key fans will have reason to celebrate this summer when Joe Hill (NOS4A2, Wraith) and Gabriel RodrÃ­guez (Onyx) unleash their latest horror series on the world. Tales from the Darkside sees the Eisner Award-winning team reunite on a comic-book revival of the horror anthology TV series of the same name.

The four-issue series will feature Hillâ€™s re-imagining of Tales for a contemporary take on the cult classic. Structured to have the scope of Locke & Key while exploring a vast, underlying mythology, Tales aims to unfold a cohesive universe made up of each individual issue. According to the creative team, these stories will draw inspiration from the TV series that it has spawned from while also taking a meta approach to the material.

Hill elaborated further on what his vision for the series is and what fans can expect from the too-good-for-TV story structure:

â€œThis is the show that could’ve been,â€ says Hill. â€œThe original Tales from the Darkside was a fun, bleak little spin on the Twilight Zone style anthology. My idea is to give readers a little more. Every story is meant to stand alone, but gradually, you will come to see how they all connect, to tell a single larger story.â€

While RodrÃ­guez will provide cover art for the series, joining the team will be Charles P. Wilson III (The Wraith) who will contribute variant covers.

â€œThe universe that Joe is building here is wholly unique while still doing justice to the original show,â€ said Tales from the Darkside editor Michael Benedetto. â€œAnd having Gabriel collaborating with him again is the best we could have possibly hoped for. These guys have a proven track record, and this series will only serve to build on their reputations as excellent storytellers and masters of horror and suspense.â€

Prepare to enter the â€˜Darksideâ€™ this June at your local comic shop â€“ plenty of time to get caught up on Locke & Key before then!