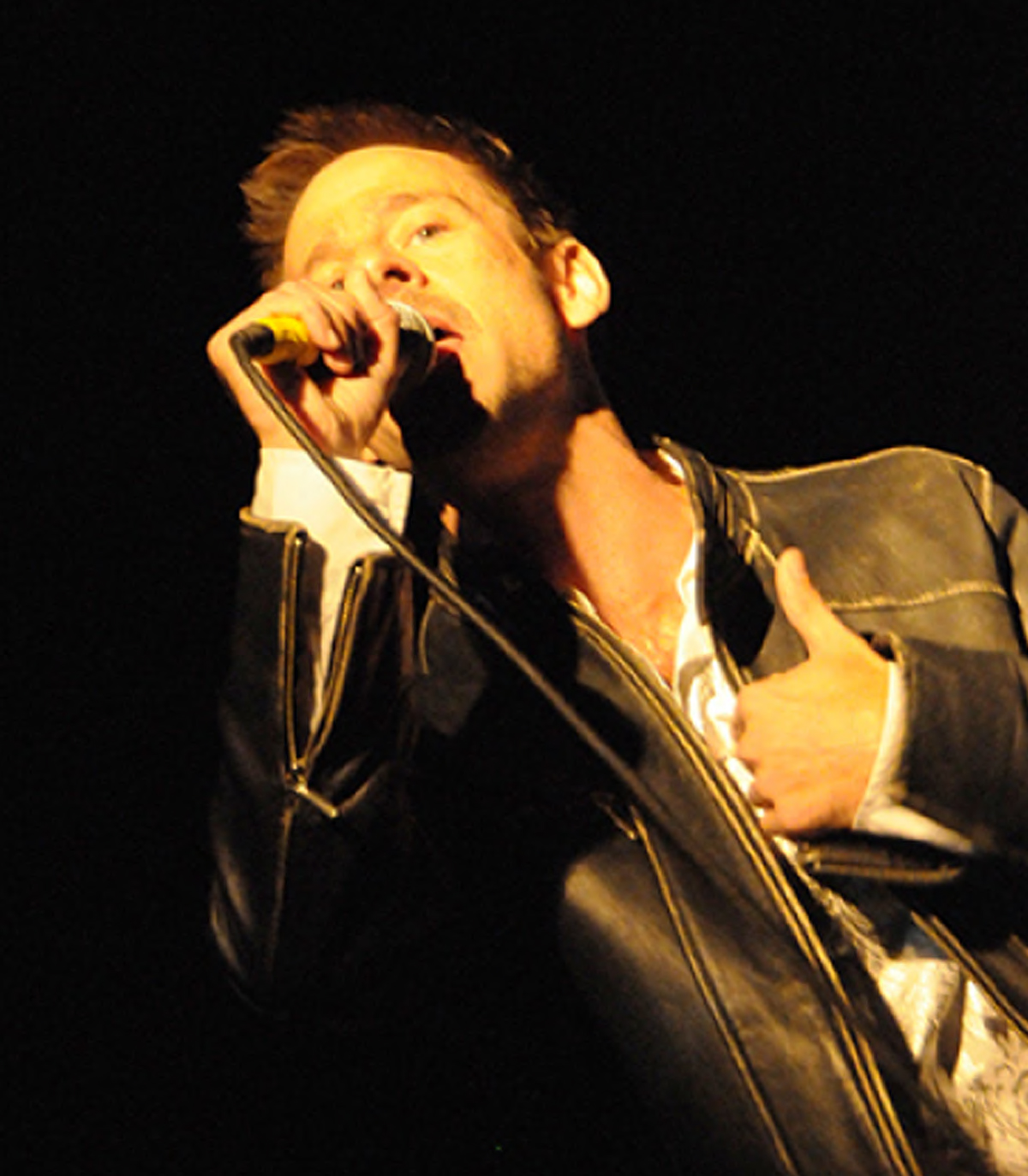 Review Fix chats with Singer/Songwriter Vince Grant who discusses his new EP, â€œMy Depression Is Always Trying to Kill Me.â€ Taking us through his soulful blend of acoustic rock and Americana style, Grant lets us know exactly why you should check out his work and how darker times can lead to amazing tunes.

Review Fix: What was your introduction to music?

Vince Grant: My introduction to music was the radio as a kid. MTV had a big influence on me too as they used to be one of the places you could discover new music, back in the day when they still played videos.

Review Fix: Who inspires you musically?

Grant:There are so many bands and artists that have inspired me musically throughout the years and many continue to this day. Iâ€™ll just let fly here and name a few that come to mind, REM, Swervedriver, The Stone Roses, Hunters & Collectors, Lou Reed, Alcest, M83, Husker Du, Sugar, Bob Mould, Radiohead, U2, Joy Division, New Order, Sigur Ros, The Replacements, Kent, Adam Franklin, The Cure, Depeche Mode, The Psychedelic Furs, Catherine Wheel, The Church, DIIV, Echo and the Bunnymen, Kent, Editors, Gary Numan, Iggy Pop, Placebo, Stereophonics, Oasis, The Doughboys. The list could literally go on and on.

Review Fix: How was “Edge of the World” written? Is there a story behind it?

Grant:Sometimes I donâ€™t remember how a song came about, but I distinctly recall writing â€œEdge of the World.â€ Was out one night taking a walk and thinking about all my bad behavior and the awful things Iâ€™d done to those around me while I was drinking and using drugs. Ruminating on the people Iâ€™d harmed with my actions and words, which included not only those close to me such as my family, friends, ex-girlfriends, roommates, etc. but also complete strangers. Just to be clear, Iâ€™m not using drinking and taking drugs as an excuse for acting like a jerk. Although Iâ€™m not drinking or using anymore, Iâ€™m still prone to not being the nicest person all the time, but while high on drugs or drunk my most selfish qualities definitely came out and on a number of occasions inflicted damage on others. What was weighing particularly heavy on my mind was all Iâ€™d put my family through and the fact that my parents, brothers, and sisters had stood by me in my darkest times, when more often than not I was probably not the most likable fellow. Can recall I was full of a fair amount of shame and grappling with the thought of forgiveness. When I got back home I almost immediately picked up my guitar and began playing. Started to strum a few chords and the lyrics just literally poured out of me. Almost couldnâ€™t write them down fast enough. It was like a torrent of feelings were being released from somewhere deep inside. Some songs take a long time to finish.

They can take months, sometimes years, but I remember that this one came forth in a burst that rarely happens. Almost as if it had been pent up and waiting to be brought to light. Think all the guilt over my past actions had been building for quite some time and it was as if my conscience was finally forcing itself to be heard. Iâ€™ll probably never forget writing â€œEdge of the World,” which sounds dramatic, but it was an affecting night for me. It was definitely one of the most cathartic songwriting experiences Iâ€™ve ever had. To this day, whenever I play that song, I tend to get very emotional and it brings back all the feelings I was having at the time. Just finished shooting a video for the song with a very talented up and coming director, Sandu Negrea, and I think he did an absolutely amazing job of capturing the sentiment of what the song is about. To me, itâ€™s a very powerful piece and a testament to his talent. As a matter of fact, itâ€™s such a poignant video for me I have a hard time watching it.

Review Fix: What did you learn about yourself as a musician through this EP?

Grant:What I learned about myself as a musician through this EP is that although I sometimes miss the camaraderie of being in a band and having others to share ideas with, Iâ€™m much more relaxed, and possibly more creative, as a solo artist. One big difference between being in a band and being solo is as a solo artist you have complete creative control, which I’ve found artistically liberating. All the decision making falls to you whether it be songwriting, what songs you’re going to record, the arrangements, what effects to use, what the mix should sound like, even things like what the cover art should be on the CD. You don’t have to compromise your vision and that has been very creatively fulfilling. I’ve never been so satisfied with a recording before as I am with this EP and the same goes for things like the videos, artwork, etc. I think the artistic freedom you have solo has allowed me to express myself in ways I never thought were possible, or even thought about when I was in a band. Also, when you’re working solo you don’t have any other personalities to deal with, so there aren’t any more band arguments, which for me is a huge plus. I’m not one who thrives on tension with others and my creative process works better when I’m able to focus on what’s happening inside of me rather than on some outside conflict.

Believe me, I’ve got enough internal conflict and inner tension that I don’t need any outside help in that department. It’s also a lot easier when it comes to logistics because you don’t need to get everyone together to rehearse, record, play a show, what have you, so that makes things run smoother and I find it less stressful for me. One thing that is significantly different from the solo path is as the songwriter when I was in a band, I always felt responsible to the other members of the band for how successful we were and I put a tremendous amount of pressure on myself. Now my musical decisions basically only impact me, so I’m much more relaxed about the whole thing and able to enjoy it more.

Review Fix: Bottom line, why should someone listen to your work?

Grant:Thatâ€™s a tough one. Think someone should listen to my work if they want to hear some heartfelt lyrics about what itâ€™s like to live and deal with depression on a daily basis and also what itâ€™s like to come through the crucible of alcoholism and drug addiction. Also, for people struggling or who might be looking for inspiration, hope is another lyrical touchstone that weaves throughout the EP. Plus, as a purely musical offering, I think the songs are pretty catchy.

Grant: Sandu, the director of the â€œEdge of the Worldâ€ video, and I just finished shooting a video for another song off the EP, â€œSweet Addictionâ€, which Iâ€™m really excited about. From the footage Iâ€™ve seen, which is absolutely beautiful, stunning in fact, I think itâ€™s going to be an amazing piece when heâ€™s done with his editing magic. Iâ€™m so thankful to have the opportunity to work with him. Heâ€™s such a talent both behind the camera and editing. That was the third video weâ€™ve shot together from songs off the â€œMy Depression Is Always Trying to Kill Meâ€ EP. In our first collaboration, he shot and edited the video for â€œOceans IIâ€ and as I mentioned earlier he just completed â€œEdge of the Worldâ€. Feel like he continues to raise the creative bar on each successive one. We seem to have a really good synergistic creative partnership going with the videos right now, so Iâ€™m really looking forward to seeing how â€œSweet Addictionâ€ turns out Iâ€™m also working on songs for the follow-up to the EP and hope to be going into the studio to record sometime this fall with an eye on releasing something very early next year. Iâ€™d like to put out a single this fall or winter from the new album with hopefully a video as well.