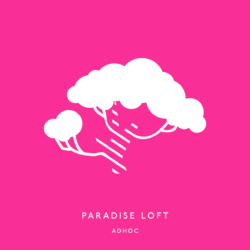 Review Fix chats with Adhocâ€™s Oren And Juice, who discusses their goals for the future and creative process for their new single, â€œParadise Loft.â€

Juice: I started rapping a couple years ago, and James Campbell was a good friend of mine who was super into producing, but EDM at the time. I kinda convinced him to start producing hip hop

Oren: Juice and I lived together for a number of years in Montreal where we met (and currently live), freestyled together a bunch, and developed a musical chemistry.

Juice: We both had a significant interest in rapping, I was pursuing an EP, Oren rapped a lot but had no plans of putting together a project. We ended up chilling together at producer James’ place one-night last year and were listening to beats. James threw on an instrumental called â€œchords,â€ and Oren and I began mumbling a melody, which became the hook of â€œchina white,â€ our first single. We recorded the mumbled melody into my iPhone and were somehow certain it was a hit lol. We recorded it at our friend Adel Kaziâ€™s studio (Adel is now our recording engineer, and somewhat the â€œfifth Beatleâ€ of adhoc) in a neighborhood of Montreal called Little Burgundy, and decided we needed to do something with it. We ended up recording a 4 track EP, which was the first building block for what became adhoc.

Oren: I was actually taking a hip hop class at Concordia University, and I made my final project for the class that first EP, which put pressure on us to really focus and complete the vision in all its imperfections. Fun fact: Kaytranada and Chance The Rapper were two of our guest lecturers in that class. And Narcy (an OG of Montreal hip-hop) was our professor. Super cool dude, just released a music video with Mos Def and A Tribe Called R.E.D.

Juice: What’d you end up getting on that final project?

Juice: James is always working on beats, heâ€™s VP Sonics of adhoc. Oren and I, when we’re first presented with a beat, Oren introduced me to this, we kinda mumble nonsense with a rhythm to it, try and find a melody or a flow, and record it into a phone. We listen back days later and keep the parts we do and ditch the rest. When Iâ€™m writing itâ€™s all about the beat for me I think. It either hits me or it doesnâ€™t; I can write a verse in like 5 minutes or I can sit there for days and not come up with anything.

Oren: To reflect on the mumbles, when I started rapping I had like the worst flow ever. I was super focused on lyrics, without any attention to flow, and thatâ€™s no way to make a good song. Nobody wants to listen to a rap song with a shitty flow, even if the lyrics are biblically dope. I think I learned to flow from freestyling, which I only got decent at when I and Juice started hanging out.

Oren: Should I reveal “the truth”? Okay. *breath* Paradise Loft is kinda special because it beautifully reflects our diverse backgrounds in a way thatâ€™s not super cheesy or anything, but just real Iâ€™d say.

Juice: I donâ€™t think this song purports to tell our entire backgrounds, our entire backstory. I think it attempts to tell a very specific story, through the lens of religion. Oren’s Jewish, Iâ€™m Muslim, and there are certain expectations. For example, Iâ€™m not supposed to smoke weed or party, and chase women and stuff. I am a very religious person…but for some reason, I still do those things. It was actually Oren that came up with the prompt for the song and challenged me to tackle that aspect of myself – to explore why I knowingly do those things.

Oren: So as Juice said, I have a bit of a different upbringing. I’m Jewish and I have some very religious relatives that are kinda orthodox. My family is basically secular in such a classically Jewish way â€“ atheist but adherent to tradition…but that being said. I am queer, I am bi-sexual. Although I don’t even really like that term, but whatever –

Oren: – and even though it’s not against my religious beliefs, I still feel like some kind of deviant when I go out and have sex with a random man off the internet or whatever. But â€œParadise Loftâ€ is also kinda celebrating the guilt â€˜cause if nothing else, there’s a joy in the moment of the deviance. The song is also about basking in the unknown, and thatâ€™s what I think is special about the song. There have been songs made about the bad Muslim and theÂ mischievous Jewish gay, but has that ever existed in the same song at the same time?! Verse for verse, line for line.
Juice: Genius.

Oren: I want people to think that it encapsulates unique ideas and sounds in terms of content, and wicked flow and fun banginâ€™ times. Thatâ€™s always been my goal – to have music be fun and entertaining, but also thoughtful and unique, and I hope paradise loft is seen as something that is representative of that.

Juice: At the risk of coming off as masturbatory, I think that â€œParadise Loftâ€ is a great mix of lyricism, instrumentation, flows, and high concept. And I know itâ€™s our own song lol, but I actually really appreciate it for that. But if you’re asking how we want it to be remembered as a piece of adhoc history, for me at least, I think that paradise loft was the first song that â€“ I mean china white was the first song that we ever made, and itâ€™s a dope song – but paradise loft was the first “adhoc” song we ever made. Whatever components we are right now, and Iâ€™m sure we’re gonna change over time, but everything we are at this moment was kinda encapsulated in paradise loft. It found its genesis in paradise loft. And itâ€™s a cool thing to have just for us, if not for anyone else.

Oren: How right you are, LeJuice.

Review Fix: What’s your biggest weakness as a band and how are you working on making it a strength?

Oren: I see a lot of parallels between rap and monologs, in terms of form and a characterâ€™s development. In a sense, you’re obviously being real to yourself, but you’re always projecting a part of yourself. You’re never capturing your whole self, cause what the fuck is a self? Weâ€™re always consciously or subconsciously projecting something. Juice and I…we’re not really characters quite yet. It might be a bit difficult for us to slide into some convenient character so that the world can better understand us and hook on and be compelled by us.

Juice: To be honest, and I don’t know if you’d consider this a “weakness”, but we’re like, super new to the rap industry. Or whatever, just like the music industry, like…everything we’re doing right now we’re doing for the first time. And that IS a weakness in a lot of ways because…well we have no idea what the fuck we’re doing lol. but in a lot of ways its…IDK itâ€™s just really cool for us, and itâ€™s a weakness that strengthens itself because every day we learn something new and every day we get better

Review Fix: What’s next?Â Anything else you’d like to add?

Juice: Right now, we have some stuff stockpiled up that we’re gonna be releasing in the near future. Got some stuff in the works, always working on new music. Weâ€™ve been working with a bunch of Montreal musicians that are super talented and creative…there’s the homies from Clay and Friends, Ursa Major, Claire Ridgely, Rico Watts. We’re super fortunate to be surrounded by musicians like that because they push us to new heights. Thereâ€™s so much creativity when we’re all in a room together.

Oren: Things are in their early stages, but thereâ€™s a collective of sorts bubbling. What we really wanna do is make some noise and build our scene in Montreal, and build it in our image and the image of the great artists weâ€™re pals with.

About Patrick Hickey Jr. 12524 Articles
Patrick Hickey Jr. is the Founder, Editor-in-Chief, Master Jedi and Grand Pooh-bah of ReviewFix.com and is the author of the book, "The Minds Behind the Games: Interviews with Cult and Classic Video Game Developers," from leading academic and non-fiction publisher McFarland and Company. He is currently the Assistant Director of the Journalism Program at Kingsborough Community College and is a former News Editor at NBC Local Integrated Media and a National Video Games Writer at the late Examiner.com. He has also had articles and photos published in The New York Times, The New York Daily News, Complex and The Syracuse Post-Standard. Love him. Read him.