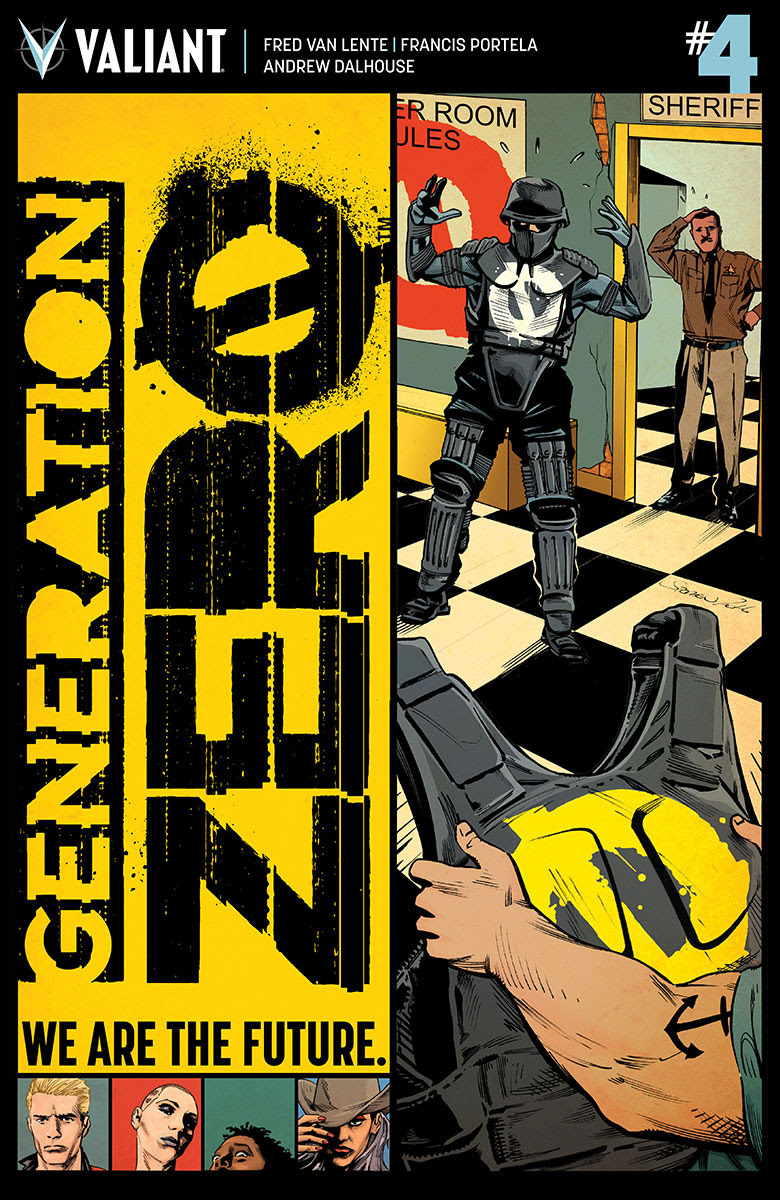 Thereâ€™s a moment between Forge and Ororo Munroe in the mid ’80s, in â€˜Uncanny X-menâ€™ where they begin a romantic relationship. That storyline was a calm in the midst of a storm. Here you had two mutants, with one temporarily powerless and one with an artificial leg having a real discussion about loss and rebuilding your life. How do you handle a new normal? When youâ€™ve known yourself to be one thing for so long, how can you flip the script of your life? The Valiant comic book universe has created an inventive way to answer these questions? And youâ€™ll find the answers deliciously terrifying.

In issues two through four of â€˜Generation Zeroâ€™ Keisha is finding herself to be sickeningly normal. She may seem out of the ordinary with her dyed Mohawk and Goth look, but when you stand her alongside a group that have been trained to kill and are the smartest people in the room, no one is going to look twice at you. Worse yet she allowed these teens with no empathy and no childhood into her life to help with the mysterious death of her boyfriend. But this isnâ€™t Scooby Doo. The team that makes up Generation Zero use every method in their arsenal to aid those they deem worthy of helping. And with that comes a considerable amount of baggage.

When visualizing a group of children stolen from their parents because of their psiot abilities you donâ€™t expect them to look like residents of Riverdale from the Archie comics. But thatâ€™s what happens in issue three. The team and Keshia are in the psyche of Adele. Since her father runs this town naturally she must know something. So of course sheâ€™s kidnapped and her mind is being searched for information. The thing is it seems more disturbing that Adeleâ€™s life reflects a typical comic book where in the past it was known for nothing deep being explored. Fred Van Lente takes the stereotype of what comics were considered as something you grow out of reading in your teens. His approach of contradictory artwork to the narrative delves into the mind of Adele and her need to be perfect. It also shows that no matter how much of a killing machine youâ€™ve been taught to be, when youâ€™re nine years old you just want to be a kid. It doesnâ€™t even matter if you know itâ€™s not real.

Sometimes we all want the fantasy. Lente shows us that as screwed up as real life is, itâ€™s better than having our choices taken away from us. This seems to happen to Adele. In order to maintain her perfect life sheâ€™s paying a high cost. Whatâ€™s even more frightening are the psychic defenses she has and is probably not even aware her father placed them there. And with so much happening in Rook Keshia carelessly in issue four mishandles the responsibility of taking care of her young brother. He appears to be potent with psiotic abilities. In her need to fit in with Generation Zero she endangers his life.

What Lente has created with this comic book series forces the reader to examine their place in the world. One of the standouts in each issue is an explanation of what is happening to the team. You go from the idea of each of us being the star of our own show to the debate between diplomacy and a military solution. The argument of seeing every problem as a nail has never been more important than in this current landscape. And itâ€™s addressed in a comic where the characters are looking their most cartoonish. And youâ€™re not going to get a better understanding of Nietzsche than in issue four where a still captive Adele argues with Cronus. Juxtapositions like these show that if you could only read one comic per month, it would have to be â€˜Generation Zero.â€™

Now Available for Wii U, Game & Wario is Even Better Than Wario Himself! Sound the trumpets! Unleash the doves!...