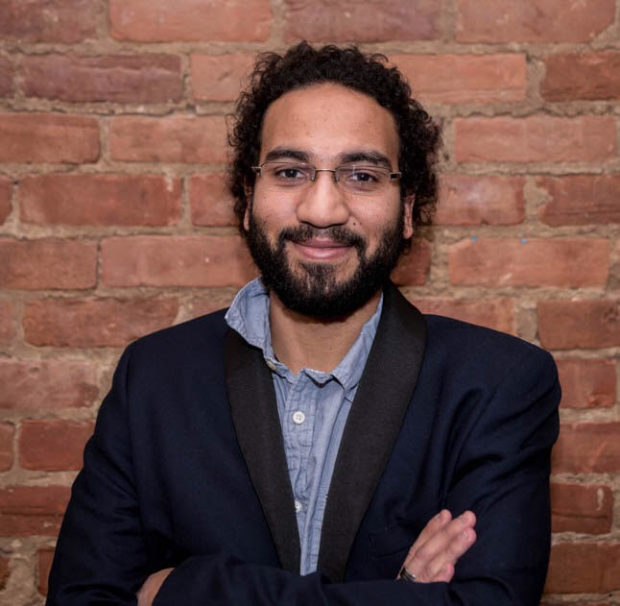 Review Fix chats with author Antoine Clerc-Renaud who discusses his â€œColeco: The Official Book,â€ as well as his experience at the recent Coleco Retro Expo in New Jersey and whatâ€™s next for him.

Review Fix: Why is the Coleco so important to video game history?

Antoine Clerc-Renaud: If youâ€™re talking about the company, itâ€™s important because Coleco was a pioneer in so many ways. First, they managed to be the first company to mass order the famous AY-3-8500 chip on the Pong-on-a-chip processor from General Instruments thanks to Ralph Baer. They used it to start their Telstar product line that spawned 14 different models. Although it allowed them to work closely with Baer, it ultimately jeopardized the company as they produced too many.

Following this first foray into video games, they jumped on the portable electronic train and were the first company to use comparative advertising in the video game business. The TV commercial is hilarious! 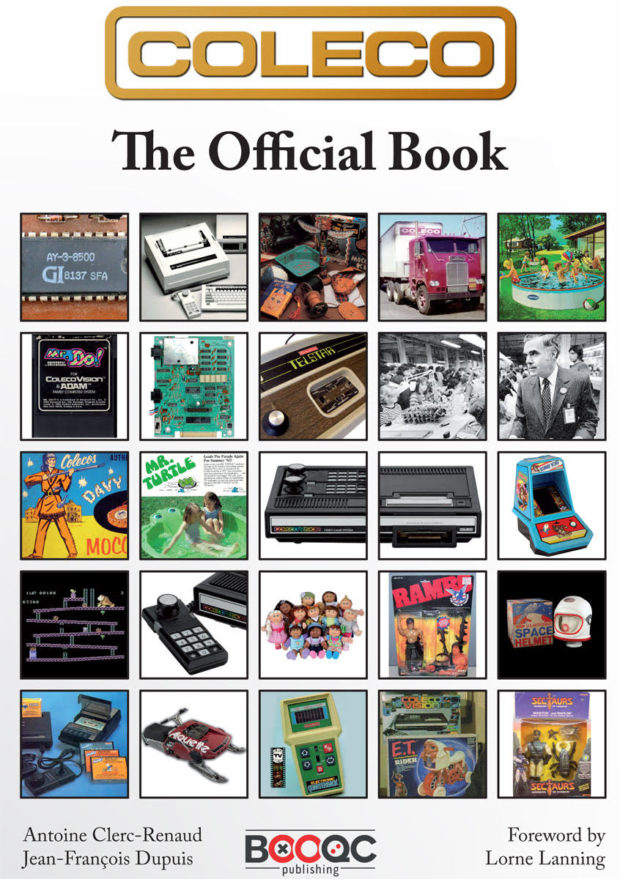 Finally, the most important aspect of this was the division of tasks. The company understood that games would be better if the jobs were performed by specialists contrary to Atariâ€™s generalists. This is how Coleco became one of the very first companies to have artists, game designers, writers and programmers working as small teams. It was a model that the whole video game industry would soon follow.

If youâ€™re talking about the ColecoVision, itâ€™s wrongly categorized (who makes those anyway?) as a second generation console even though itâ€™s closer to the NES or the Atari 5200. Its place in video game history is again one of the pioneers. The system was the first to offer trustworthy arcade ports. They were not ported perfectly though as some levels were missing but the visual and gameplay experience were worthy of the cabinets original. Take Donkey Kong or Zaxxon for example, Â they play and feel just the like their arcade counterparts which is impressive for a 1982 system.

Moreover, it was the only console to have an adapter to use the competitorâ€™s cartridges (Atari 2600). Coleco even went to the extent of creating and commercializing their own Atari 2600 clone called the Gemini! Itâ€™s like having Sony producing its own Xbox One or Xbox One adapter! How crazy would that be?

Review Fix: What inspired this book?

Clerc-Renaud: With JF Dupuis from Collectorvision, we really wanted to have a book on Coleco. He wanted it because heâ€™s a fan and started collecting documents, games and other Coleco memorabilia in 1996! On my side, I wanted to tell the history of this company as well as the people who worked on it and had a whole career or started it at Coleco. There were books on Nintendo, Atari and SEGA but nothing on Coleco. We wanted to fix that and hopefully, we did it.

Review Fix: What did you learn about yourself through this book? 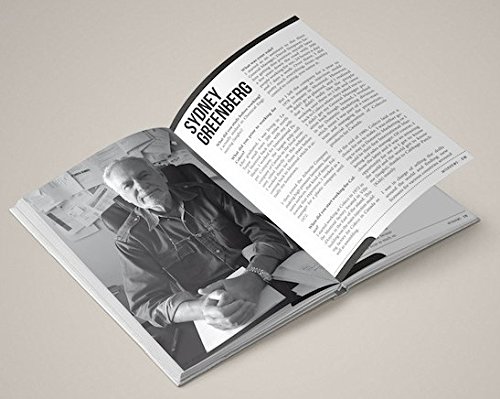 Clerc-Renaud: I learned a lot! First was writing a book by myself. I had experienced before but I had done it with a team of other writers. This around though with Coleco – The Official Book, I wanted to know if I could do it. I also learned to write in English! I did write a few articles in English back then but the books I worked on were in my native French and it was a whole different experience. This was actually the way I chose to go after a successful Kickstarter campaign that I learned to prepare, run and enjoy because I found it very fun!

But the most important part that I learned was to go out of my comfort zone as I reached out to people that Iâ€™ve never met to get interviews, I went to Game On Expo in Arizona last year to sell the book.

Review Fix: What did you learn about Coleco that you didn’t expect through this book?

Clerc-Renaud: I didnâ€™t expect Coleco to be in so many industries as I learned they were in. They really used the name Coleco Industries correctly! I was especially baffled when I learned that the Canadian branch of Coleco is actually 4 blocks away from my place!

Review Fix: How did it feel to be a part of the recent Coleco Retro Expo? 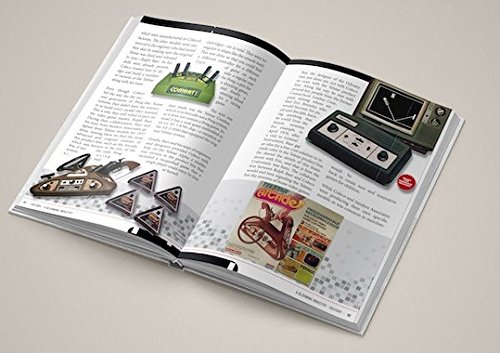 Clerc-Renaud: It was awesome despite the controversy that surfaced recently. I had a great time and could meet fellow writers like yourself, Jeffrey Wittenhagen, Tim Lapetino and Leonard Herman aka Lenny the Legend.

The event could have been better like everything the first time around, but it was good to see Coleco making a comeback after the company collapsed almost 30 years ago.

Review Fix: What do you think makes you different from other game writers?

Clerc-Renaud: My heritage probably. I grew up in France, spent 3 years in Paris and was thus alive when our video game industry was big, full of creative people breaking new grounds like FrÃ©dÃ©rick Raynal with Alone in the Dark or Ã‰ric Chahi with Out of This World (which is called Another World in France for some reason). I now live in Montreal which is the place to be for video game development

Review Fix: Bottom line, why must someone buy this book?

Clerc-Renaud: To learn how Coleco came to be, prevailed and finally collapsed. What the products involved were and why they decided to go into the video game business. Spoiler alert: it was not for the beauty of the medium. Itâ€™s also the only book on the company that includes a comprehensive and detailed look at what Coleco did to become what it was. Iâ€™ve chosen to focus on their video game years because this was the richest part of their history and the ColecoVision is still a big scene with home brewers creating new games for it right now in 2017! How crazy is that?

Oh and for the few curious about the canceled Coleco Chameleon, I also explained how it went down. 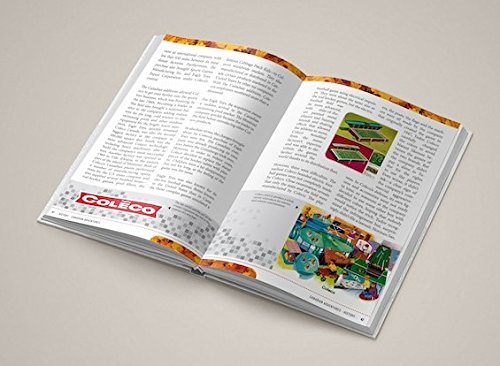 Clerc-Renaud: A few projects. Iâ€™m currently working on a Super NES book for Geeks-Line. Iâ€™m also working on another project for them and maybe a few more. Weâ€™ve learned to collaborate well together.
I also like to do a definitive version of the history of Coleco as I left out a lot of elements that Iâ€™d love to include.

Finally, Iâ€™m working on a few other personal projects including biographies of video game developers and a series of books on video games based on sports like skateboarding, racing games, football games, etc…

Clerc-Renaud: Yes! We need more books on video game history! If you have this project in the back of your mind, just do it!

Review Fix: Where can people go for more information on you?

Clerc-Renaud: You can reach out on Twitter and Instagram: @acr_collection; Facebook; and my website www.retrogamingbooks.comÂ where I share my love for books and some tips and tricks about writing your own although I need to work on that one more regularly,Â but itâ€™s getting there.