Review Fix chats with Matthew Canei, Lead Developer of â€œHanako: Honor & Blade,â€ who discusses the creative process behind the game and more:

Hanako: Honor & Blade, is a Samurai Ninja multiplayer game currently in early access onÂ steam. Travel through a beautiful, fictional rendition of the 16th century of Feudal Japan. Choose between four types of warriors as you learn to master intuitive, directionally-driven swordplay while also choosing unique abilities to ensure victory over your foes.

Join your friendsÂ WednesdayÂ evenings atÂ 10 pm ETÂ when the servers are most active, and experience an immersive 12v12 multiplayer campaign across Japan in pursuit of either preserving the peace and honor of the Emperor or bringing on chaos and death by playing across four different game modes with different objectives and strategies. Explore multiple territories and battles across a much broader war that is unique opposed to the typical random map cycle in some other multiplayer games. Whether you prefer the blade-wielding Kenshi or Naginata Samurai, the range and precision of the Samurai Archer, or the deceptive Ninja, the options are vast and the battles fierce. 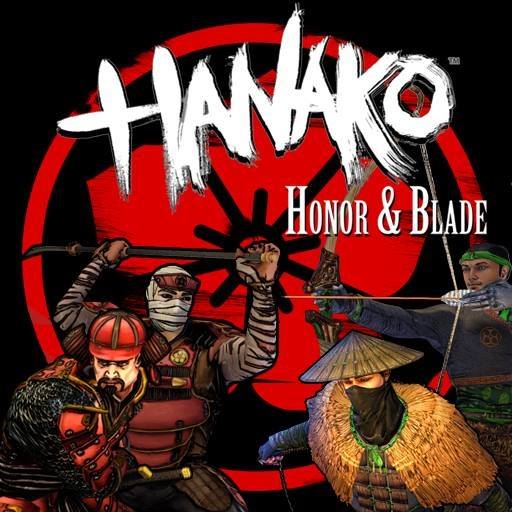 Matthew Canei: It rose out of the loss of my mother. I started designing the game as a tribute to her way back in 2008, while a college student studying game dev.

Review Fix: What has developmentÂ been like so far?

Canei: It has been quite the journey. After almost a decade of development in some way, so many faces have come and gone, lessons learned. It’s a bit cliche but it’s been a pretty intense sine wave of circumstances. We’ve had incredible failures and some moderate successes. Our motto is to just keep building, add another brick to the wall, take a baby step every day until its a finished product.

Canei: Our team has put every bit of our hearts and souls into the game. We wanted to build a fun game in the Feudal Japanese world, but also layer in a lot of depth into the backstory, levels and why you’re at war. The whole thing is a metaphor for my mother’s battle with cancer. The game itself is a melee-focused game that lets you battle with up to 24 players. That paired with our online campaign that let’s you experience two unique clan territories based on who wins we think gives us some “special sauce.”

Canei: From a gameplay standpoint, the Jedi Knight games from the early 2000’s definitely influence the combat. From an inspirational standpoint, the Shenmue series and it’s very personally relevant impactful storytelling really struck a chord with me back in the day. I’d say it influenced the entire mission of our indie studio, to make games that create a positive impact in some way.

Review Fix: As an indie studio, what do you think you guys do differently thanÂ theÂ big studios? 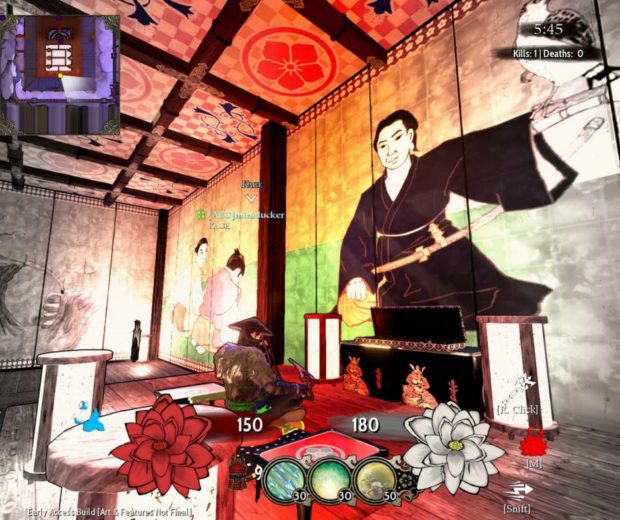 Canei: I think part of what makes us unique is that we’re able to hit a quality level artistically as big studios. A number of us work/have worked for AAA game studios so we know what it takes. But, we really take time to hear each other out, collaborate and there’s no politics or interference from a publisher or something like that.

Canei: Yes we have tons, but two fun ones: The first, our Composer got to record our title track at AIR studios in London with an orchestra for his master’s thesis, and by chance the studio was double booked with none other than Hans Zimmer, so his class got to meet/record with Hans in attendance.

The second, during our Kickstarter back in 2015, it wasn’t going well, I randomly decided to tweet the Kickstarter to Norman Reedus since he was filming Walking Dead in Atlanta, and we’re Atlanta based. He retweeted it and our social media went CRAZY. Then I realized I forgot to put a link to the actual Kickstarter in the tweet to him… All for nothing.

Review Fix: Why do you think preserving olderÂ gameplayÂ mechanics likeÂ theÂ ones in Classic games in newÂ gamesÂ is important?

Canei: I think familiarity and nostalgia are extremely strong forces in both gaming and film today. Gamers can settle into new games easier when they see familiar mechanics from older games, it’s not ever completely uncharted territory. 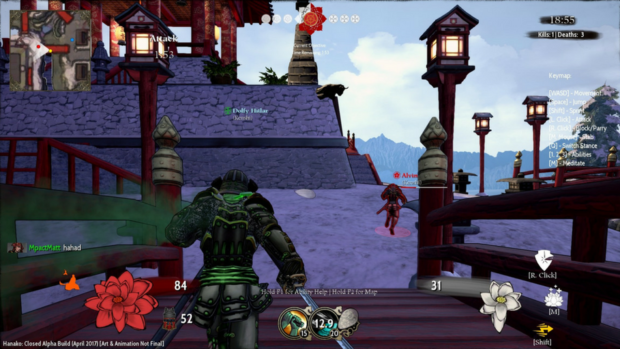 Canei: Probably how I felt at the end of my first playthrough of Shenmue 2. It completely changed my life. It opened my angsty teenage heart (at the time) to a world of self-cultivation, martial arts and really had a positive impact.

Canei: I think it introduces a visual quality that isn’t too common in Indie Games. I think people will really appreciate the art style and I think it disrupts the gap between Indie and AAA.

Review Fix: Who will enjoy thisÂ gameÂ theÂ most?

Canei: PC Gamers, anyone that loved the Jedi Knight Series, or any of the other Medieval combat games. It’s much faster than those, so if you don’t like clunky, slow, telegraphed combat our game is for you!

Review Fix: HowÂ do you want thisÂ gameÂ to be remembered?

Canei: As something that mattered, as something that inspired the players – even if it was just to play more indie games, make art of their own or some sort of useful inspiration. At worst, I hope it’s remembered as a fun game that deserved better.

Review Fix: What are your goals forÂ theÂ game?

Canei: I’d like to make the game as big as possible so our team can make more games. We have years worth of game development planned across the Hanako IP and maybe some others. We’d like to generate enough revenue to transition into single player storytelling type games so we can drive home more inspirational themes and life lesson type titles (see Shenmue).

Canei: We’ll just keep building, one day at a time until the game is done we we ship our 1.0 version. After that there are a few options depending on how good it does. If it does decent, we have about 1-2 years of content planned to release – the better it does the more we can make for it basically.

Canei: We’re doing the Steam Winter Sale for the first time, and we’re 50% off. The game is only $4.99 so we’re hoping to add a lot of new faces during the holidays. The dev team can be reached any time on our Discord:Â http://discord.playhanako.com