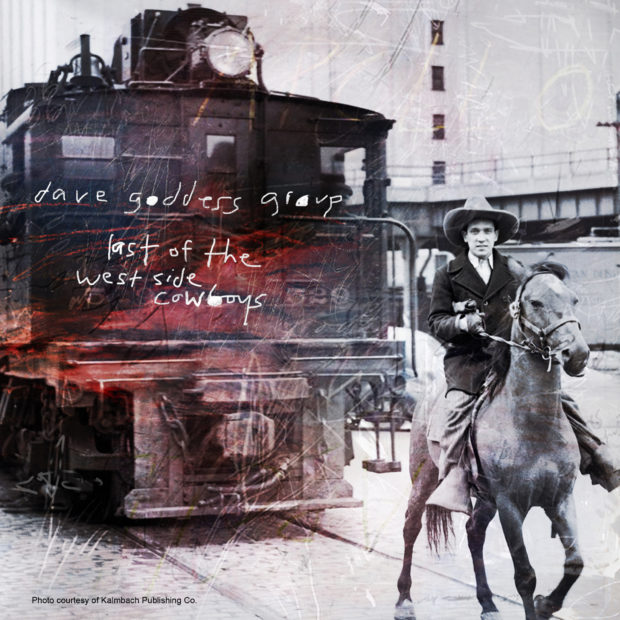 Review Fix chats with Dave Goddess of the Dave Goddess Group. who discusses his origin in music and his new album, â€œLast of the West Side Cowboys.â€

Dave Goddess: My uncle, who I was very close to, was a songwriter, and I remember him and his writing partner sitting around the kitchen table with a guitar knocking out tunes. Â This was when I was maybe seven or eight years old. They went through the whole process and I watched–recording sessions, record releases, getting their songs on the radio. I thought it was the greatest thing ever. So I picked up the guitar myself. Got in bands when I was a teenager and just kept at it. Tried to quit a few times but couldnâ€™t.

Goddess: We play with abandon–ragged, raw, and just a little out of control. We want to make people remember why they love rock â€˜n roll. My band is great. Mark Buschi plays bass, Tom Brobst plays keys and sax, Chris Cummings is our drummer and Gary Gipson plays guitar. Each one of them adds their own special something to the work. Weâ€™ve been together for years, and weâ€™re close. All musicians know that every band has at least one asshole in it, but I truly believe we donâ€™t. Heyâ€¦maybe that means itâ€™s me! But being in a band is supposed to be fun, so I like doing it with friends.

Review Fix: What are your influences?

Goddess: I always loved soul music. Loved punk. Loved classic rock. Beyond that, I keep my eyes and ears open. I live in New York City and thereâ€™s always something weird or interesting or inspiring to see or hear. I walk around with a notebook and jot it all down. Sometimes it winds up in a song. Travelling inspires me also. Iâ€™ve been to 30 or 40 countries. Once you get out of your comfort zone, you can make some pretty interesting observations.

Goddess: Everybody has influences, and when getting started they typically try to emulate them. This rarely works. First of all, usually you canâ€™t do it. I always loved soul singersâ€”Otis Redding, Marvin Gaye, Van Morrison. I tried to sing like them but unsurprisingly, I couldnâ€™t. After a while you realize that the most unique thing you have to offer is, of course, you. So now Iâ€™m content to sound like me.

Goddess: At the very least, itâ€™s honest and authentic. I do what I do to please myself. Â Iâ€™ve never made any choices based on making money or having hits or being popular. Maybe thatâ€™s not the best career strategy, but fuck it. I try to keep it personal and real. Thatâ€™s not to say that every song is about meâ€”just that thereâ€™s a core of truth, soul, or deeper meaning involved or Iâ€™m just not interested.

Review Fix: Why doÂ youÂ think people should enjoy it?

Goddess: Iâ€™m trying to take people to a place they canâ€™t get to by themselves. I want to move people. I try to lift them up. I try to make them think and feel. I believe music can be much more than a catchy pop tune.

Review Fix: Do you have any special approach when you record?

Goddess: For me, the biggest challenge these days is to not make it too perfect. With all the technology available, you can make the tempo precise and all the performances flawless. You can auto-tune the vocals. I think itâ€™s important not to be seduced by that, because in the end your track will have no spirit and youâ€™ll be trying to figure out why it sucks.

Review Fix: Tell me about TheÂ WestÂ Side Cowboys?

Goddess: I live on 10th Avenue in NYC. A little while back I heard a story that really sparked my imagination. Apparently, in the past there were trains that ran up the middle of the street bringing goods from the Meatpacking District to Midtown. It was a very dangerous proposition. Many people were run overâ€”mostly children. That stretch of road came to be called â€œDeath Avenue.â€ So the powers that be created the West Side Cowboysâ€”a band of riders that led the trains up 10th Avenue, swinging lanterns and clearing the tracks.

A quick Google search reveals that the Cowboys rode from 1850 to 1941. Eventually New York built what is now The Highlineâ€”an elevated platform to get the trains off the streets and the West Side Cowboys were out work. The final ride was taken by a guy named George Hayde on his horse Cyclone.

I thought to myself, if thatâ€™s not song material, what is? So I tried to imagine the seedy Meatpacking District of 80 years ago with its tenements, prostitutes, and hundreds of slaughterhouses. I invented a backstory about George Hayde and wrote the tune about his last ride. When I was finished I realized that my song was just as much about obsolescence. What does a workingman do when his job goes away because times are changing? Itâ€™s a scenario weâ€™re still dealing with today.