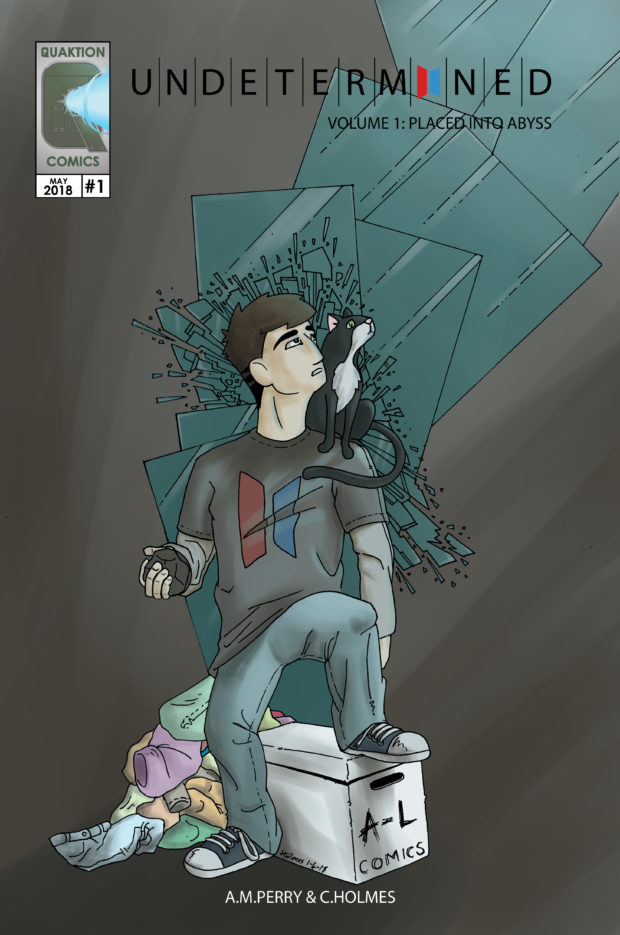 Review Fix chats with writer Andrew Perry, who discusses the inspiration behind his upcoming comic â€œUndeterminedâ€ and Kickstarter supporting it.

Review Fix: When did you know a career in comics was for you?

Andrew Perry: Would you believe, not until about a year ago. I’ve planned a sabbatical from my day job in IT for about 5 years and have finally plucked up the courage to take one. I intended to write fictional novels and short stories, then I met Simon Birks from Blue Fox comics and started reading his stuff. Next thing, I’m hooked on backing Kickstarters, then I thought why can’t I write one too.

Review Fix: What did you read as a kid?

Perry: A long, long time ago, I was in a WH Smiths with my grandparents. I’d been given a bit of pocket money and wanted a comic. Granddad said ‘Dandy or Beano,â€™ but then I saw this wonderful, colourful cover depicting transforming robots. I was hooked. Thundercats sticks in my memory, but perhaps one of my favourites was Power Pack. I wanted to be Mass Master so much, I can still recall a vivid dream where I transformed myself into a cloud.

Review Fix: For people who haven’t read them, what are your stories about? What makes them special?

Perry: I’veÂ got a pretty strange imagination, and that’s what tends to carry itself to the page. I’ve written a few horror stories, one of which is being published soon (www.twisted50.com) and that touches on the personal experience, not just for me, but what others have felt too. For the sci-fi stories, it’s based on predicted, theoretical or actual events, but I’m trying to avoid common cliche or trope and imagine alternate views – not so easy when there’s so much material out there. However, I think writing something that people feel could happen to themselves, or to the world they live in hits home and I always imagine weird and wonderful ways societies or individuals can disintegrate or evolve.

Review Fix: What was the inspiration for this comic?

Perry: Have you ever looked at one of those infinity mirrors? (If not, you’ll have the opportunity as we’re offering custom-built, ‘Undetermined’ branded Infinity Mirrors as part of the Kickstarter rewards). Are all those other you’s, you? What if one was different, and that was another you living another life in another universe? Maybe that other you chose left, while you chose right, but going right didn’t work out too well for you. Now imagine you could take the place of that version of you that chose left. Now multiply that by all the decisions you ever took, by all the decisions your alternate selves took, by all the decisions those around you who were influenced by your decisions took. 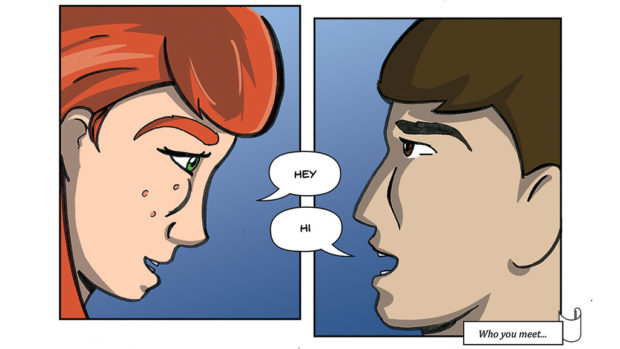 Review Fix: How would you describe your style?

Perry: Imaginative and exploratory. I’m always thinking ‘what if’ or ‘imagine that’. People have asked me how I come up with such random ideas. Coffee and beer help, but maybe I was dropped on my head as a kid or something…

Review Fix: How do you want this story to be remembered?

Perry: In a perfect world, as the issue which spawned an entire series of comics and spin-offs, a novel and the film. Realistically, as an interesting debut venture and exploration into ideas of determinism. Something that gives the reader a glimpse into my imagination and might make them consider reading something else I produce.

Review Fix: What are your goals for this comic this year?

Perry: The Kickstarter is planned for May and fulfillment in August. Reaching the funding target and having feedback (critical and good) would be amazing.

Perry: Lots more stories and poems, possibly another idea for a comic which I originally planned as a series of short stories, but think it will lend itself to the medium well.

For Undetermined, I have the storylines for the follow-up volumes and plan to begin scripting Volume 2 in the next month or so.