There have been several notable tactics games over the decades; Final Fantasy: Tactics, Fire Emblem, Advance Wars, XCOM, the list goes on. City of the Shroud is not any of those, and thatâ€™s what makes it great. Abyssal Arts Ltd. does an outstanding job taking the parts of tactics games that make them so enjoyable and then throws their own unique twist on to the combat to make something new and refreshing. Using a blend of tactics board, real-time strategy, and a unique combo-oriented combat City of the Shroud has created, what feels like, its own genre. 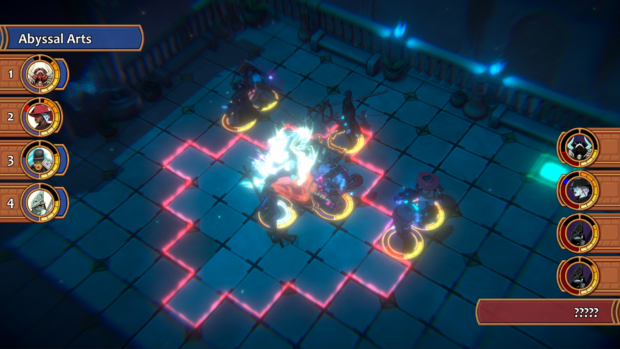 City of the Shroud is about a traveler who comes to the city of Iskendrun in search of a better life, only to find the city is not filled with the opportunity he had hoped. Upon rescuing a strange old man from monsters when first arriving in the city, the citizens of Iskendrun dub him The Hero of Portals despite his protest that he won by sheer luck and not on his own. He now finds himself entwined in the fate of the city as he must choose to side with one of five factions vying for control of the future of Iskendrun.

There are two main things that make City of the Shroud stand out as a unique game. One, the rich depth of the story. Even though we do not see outside of Iskendrun for now, we get a plethora of detail into the world of the city. The detail that goes into explaining the world pulls players into the game, making them feel invested in their decisions for the inhabitants affected by their decisions. The story is truly player driven, and not just one player. Every player who makes choices in the game effects the global balance of power. The developers have stated that moving forward with new chapters of the story, the balance of power will alter the course of the game for everyone. Players will feel truly invested in their decisions knowing they are helping to shape the outcome for everyone.

Number two on the list is the combat. Tactics have been done, real-time strategy has been done, ability gems (everyone remembers materia) have been done, but City of the Shroud does these things in such a unique combination that it is a whole new exhilarating experience. The real-time combat is challenging, while still allowing players to pause to think things through and keeps people on their toes. The Link Gem system in conjunction with the ability to create and alter a custom team combination is a unique combo dial system that rewards players for thinking about their actions while putting them in an environment where they may have to change their whole plan in an instant.

For all the intricacy and color of City of the Shroud, for all the detail put into crafting a unique world the art can be repetitive at times. The most notable characters have their own unique styles. A player will definitely remember a scene speaking to the famous Hat Merchant, but other interactions in the story start to blur as players encounter Noble #5 that has the same exact art and personality as the previous five nobles. There seems to be a little grey area between the factions as everyone hates everyone else who is not on their side.

There is a solid learning curve to the combat with a very steep jump from tutorials to full game. The first several missions the player uses one or two characters, generally either the brawler class, a new class to try out, or a combination of the two. After using one or two characters for a while players are thrust into the option to customize their four-man team without much time to learn the more intricate details of combat. The ability to change difficulty settings makes this a bit easier, but there is an initial shock that can be off-putting. It is similar to riding a bike with training wheels, then once they thatâ€™s managed take off those training wheels and ride down the biggest hill possible. Chances are, it wonâ€™t end well the first few times and can be frustrating (if not scarring) for quite a while. 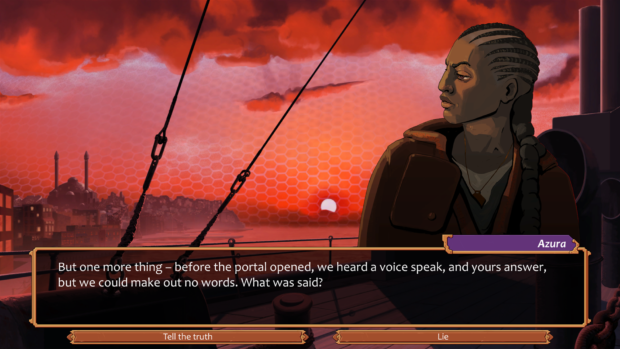 City of the Shroud is a work of art and provides a true player driven story. The unique combat style blended with the ability to customize the way each person plays makes the game an exciting and ever-changing experience. The detail of each exchange is immersive and captivates through the entirety of this first chapter. As a new player, it is recommended to start on a lower difficulty until the combat is properly learned lest The Hero of Portals ends up getting pummeled mercilessly into the ground. This initiation into City of the Shroud will leave players waiting for more, as Abyssal Arts Ltd. is sure to create another enthralling chapter based on the decisions of the gameâ€™s community.