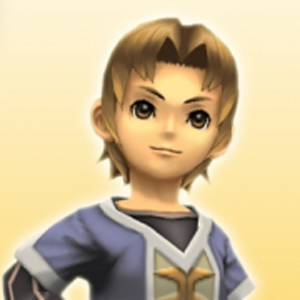 One of my biggest gripes with simulation games is that they never hold my attention for very long.

I went through brief affairs with â€œThe Simsâ€ for PC and â€œA Kingdom for Keflingsâ€ for the 360 and for a time, I even played â€œSecond Life.â€ After a few days of gameplay, they never saw the light of day again.

Surprisingly, the latest release of Square Enix’s Final Fantasy Crystal Chronicles series, the city-building simulator, â€œMy Life As A King,â€ is a pleasantly addictive new spin on an old idea.

Apart from the tedious musical score and aggravating penguin pal Pavlov, My Life as a King is entrancing.

You play a young king in pursuit of his lost father, charged with the task of founding a new home for your displaced citizens. You also seek refuge from the dangerous monsters brought forth by the deadly Miasma. Your only protection from either one is from a powerful crystal that appeared in the middle of town. Through your unique ability known as the power of “architek,” you are able to construct buildings through sheer will.Â  There’s a hitch, though. You can only build what you remember.

I guess there would be no “Hot Chicks Room” in a Luxurious House.

The allure of an RPG is in that you get to take on the role of an adventurer. Unless you’re terrible, you get to be the hero. What makes simulation games attractive is that your God complex gets kicked into high gear and nobody can complain (except maybe your significant other). â€œMy Life As A Kingâ€ combines both elements of this and ends up providing cute, mindless entertainment that has staying power. Unlike â€œThe Simsâ€ where you focus on individual development, â€œMy Life As A Kingâ€ hearkens back to the days of â€œSimCityâ€– where you would build a city from the ground up.

Perhaps that’s what’s so intriguing about this game.

You get to build guild halls, taverns and bakeries. You set the wages. You send adventurers out on missions (…er, “behests”). You have a semi-annoying, sometimes barely-clad second in command named Chime and a stout pseudo military advisor, Hugh Yurg, at your disposal, as well as the ability to enlist the aid of three Moogles from time to time. Sometimes you may feel like funding white mage research, sometimes you may want to train your warriors…but every decision you make affects the genesis of your kingdom.

For a downloadable title, MLAK gets great mileage. The eponymous Dark Lord passively threatens your kingdom, though only having a minimal effect on town morale. The ghost of your father haunts you and spooks your villagers. There are plenty of subplots going on. With much of the gameplay emphasizing the importance of socialization, Square Enix’s foray into kingdom management comes off as practically Aristotelian. Certain aspects of the game will not be activated if you do not regularly check in on your townspeople. Their moods are even affected by your presence. Each new development leaves you desiring more.

And desire more, you will.

One flaw of the game however is that Square Enix opted to make the downloadable content for the game entirely necessary. Certain buildings, like the grueling Infinity Spire, cannot be accessed without purchase. Unsurprisingly, even Chancellor Chime’s revealing tropical outfit will set you back 100 Wii points. Despite the added expense, the amount of dungeons you unlock further the gameplay considerably, enabling your lifetime as a king to linger on and on.

Another unfavorable aspect of the game design is actually the lack of time you have during a “day” in your kingdom. Early on this doesn’t present an issue, but as you get further into the game you will find yourself wanting to throw your WiiMote through your screen at the inconveniently-appearing Chime.

After a hundred days of gameplay this game shows no signs of becoming lackluster. Even in the event that it does begin to get boring, Square Enix is in the midst of developing â€œMy Life As A Dark Lord.â€

I pray for a sunburn.

I know I will be acquiring that pale gamer’s pallor, as soon as the follow up debuts.