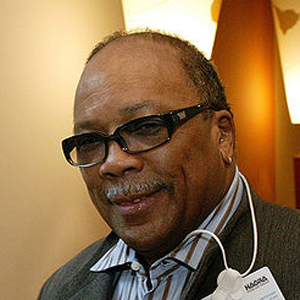 Quincy Jones has been in the record business for over 50 years.Â In that time through his musicianship (trumpet player, big band arranger), he has produced some of the greatest albums of all time.Â His jazz roots have influenced the likes of Michael Jackson (Off the Wall, Thriller), Patti Austin (Baby Come to Me) and James Ingram (How Do You Keep the Music Playing).Â His record company, Qwest Records, has also propelled several artists to well-known success (George Benson â€˜Give Me the Nightâ€™); and has given them the ability to write and produce their own music (Englandâ€™s New Wave Band â€˜New Orderâ€™).Â With the release of his latest â€œJazz Manifestoâ€ in July, itâ€™s a good idea to take a listen to the lesser known gems out there that reveal why the word â€œgeniusâ€ should not be bantered around.

Best known for the role of Frisco Jones (singer turned superspy) on the daytime serial â€œGeneral Hospital,â€ Wagner had a decent voice.Â His break out hits â€œAll I Needâ€ and â€œLady of My Heartâ€ (also produced by Quincy Jones) propelled him to the top of the music charts, but it is this lesser known album that showcases Qâ€™s ability to take an alright-sounding voice into a listenable CD â€“ 24 years later.Â Jones effectively infused the impromptu styling of jazz with synthesizers and intricate background harmonies.Â Wagner is not a belter and when heard live, he would strain to hit a high note.Â By bringing the background singers to the forefront of the choruses and bridges of nearly every song on the studio album, Jones shows his ability to reign in Wagner without intruding on his talent.Â Singles like â€œWith Your Eyesâ€ might seem dated with their overuse of electronic guitars; however only the musicianship of Quincy Jones has been able to reveal Wagnerâ€™s acting charisma through all the songs on this LP â€“ in particular the duets â€œLove Can Take Us All the Wayâ€ and â€œIâ€™ll Be There.â€

Remember â€œItâ€™s my party and Iâ€™ll cry if I want to?â€Â You might not remember the singer, but youâ€™ve either hummed along or sang it at the top of your lungs at some point.Â Jones discovered Gore in 1963 and produced several hits for her beginning with the titled track of her greatest hits album.Â Whatâ€™s amazing about it is that itâ€™s not only up-tempo, but itâ€™s a two minute and 22 second song with a well plotted-out story line.Â The man definitely has some skills.

Early in his career, Campbell had cameos in Princeâ€™s film and corresponding soundtrack â€œGraffiti Bridgeâ€ with the song â€œRound and Round,â€ but it was with Jonesâ€™ record label where he found his lyrical home.Â A solid voice with well-written arrangements made songs such as â€œCan We Talkâ€ (written and produced by Babyface) and â€˜Tell Me What You Want Me to Doâ€™ (written by Michael Narada Walden and Tevin Campbell and produced by Walden) modern R&B standards.Â  Whenever you hear these tunes they sound as current and fresh as they did in 1993 and 1991.

This 1973 gem is an experiment that successfully blends jazz and R&B.Â  The title track is smooth and melodic, while the most recognized song, Sanford and Sonâ€™s â€œThe Streetbeater,â€ is an up-tempo harmonica laden brand of fun.Â  Listen for a different rendition of Stevie Wonderâ€™s â€œSuperstitionâ€ â€“ a brave attempt on a classic.

Jones has produced a movie soundtrack in nearly each decade since the â€˜60s.Â  â€œIn the Heat of the Nightâ€ is the definition of what a soundtrack does, which is bring back a flood of emotions that compels you to remember the scene in which the song was played.Â  Whatâ€™s amazing is that the longest song; with the exception of â€œMama Calebaâ€™s Blues,â€ is barely three minutes long.

Jones believes that rap has the ability to take jazz to the next level as this 1994 rap-jazz infused album successfully attests to.Â The beats are hypnotic and compliment Saafirâ€™s fast, yet clear style of rhyming.

Although not his best work, Jonesâ€™ Jook Joint does have some bright spots.Â  Tamiaâ€™s voice on â€œYou Put a Move on My Heartâ€ is reminiscent of Billie Holidayâ€™s smooth, medium-pitched sultry sound.Â  Also the re-imagining of â€œMoodyâ€™s Mood for Loveâ€ is a courageous attempt of reinterpreting a jazz standard.

With Jones at the helm, this soundtrack to the film far surpassed the sales of the Broadway musicalâ€™s album.Â  With additions like Michael Jacksonâ€™s up-beat, yet self-depreciating â€œYou Canâ€™t Winâ€ and the collaborative efforts with giants Ashford & Simpson and Luther Vandross, you have an amazing musical achievement in comparison to the mediocre movie.

Yes, Jones even had his hands in disco.Â You would not know that he played a part in the production of this album.Â  Yet songs like â€œFinger on the Triggerâ€ give Summersâ€™ voice a sophisticated playfulness that only Jones can bring out.

No music collection would be complete without this album.Â Produced and conducted by Jones, Montreux is not an album; itâ€™s an experience.Â It is one of those rare records that you can listen to all the way through in one sitting.Â Though if you donâ€™t have the time to sit and allow the music to envelop you, then the tracks â€œSummertimeâ€ and â€œThe Dukeâ€ will leave you feeling temporarily satisfied.

Jones has managed to consistently keep on top of the music world, but he also managed to make his mark in the B-movie world as well, by providing the score for the 1971 film “Honky.â€ He even scored a Golden Globe nomination for his work in the film- the only nomination the picture received.

The main focus of the flickÂ isÂ the love storyÂ of a rich African-American girl that falls in love with a poor white boy. That causes hatred between their families and friends. It is a dated movie without much to recommend- except the exceptional score by Jones.