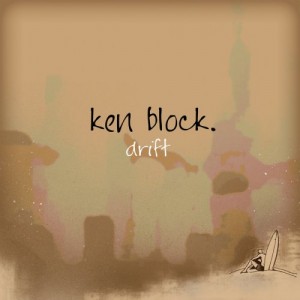 The Christian genre is a label that may limit the audience for this song. That said, â€œYouâ€™re Not Shakenâ€ is a well-crafted rock song about self-doubt and the belief that given time, all your dreams will come true. Though not subtle, it is also not heavy-handed. A middle of the road melody with a strong message makes for a listenable song, unfortunately for this â€œAmerican Idolâ€ alumnus a forgettable one as well.

Why is this album free? With innovative lyrics like â€œtrying to teach blue to a blind manâ€ (Blue to a Blind Man), â€œWhile Iâ€™m swallowed in this suit of my self pityâ€œ (I Donâ€™t Mind), and â€œWatch the movie thatâ€™s playin on their facesâ€ (Itâ€™s Alright), companioned with multi-layered melodies and solid guitar playing, there is no reason why you shouldnâ€™t pay full price for this download. The more talented of the group Sister Hazel, Block helped get the band together before he hit his teens. As co-writer on some of their more successful tunes, itâ€™s no wonder that they were chart toppers. If you want a comparison, think REM, only less suicidal. Get it before the-powers-that-be realize what theyâ€™re giving away.

Reminiscent of a raw John Lennon track, â€œPeople Sayâ€ from the newly released album The Satanic Satanist is a deceptive tune. Its upbeat melody contrasts with the haunting, social-activist lyrics; which include â€œIâ€™m a presidentâ€™s son I donâ€™t need no soul//â€What a lovely day, yeah, we won the war. May have lost a million men, but we’ve got a million more.â€™â€ â€“ makes this a band you should not ignore. Well worth a listen.

This song sounds like a Randy Newman (â€œYouâ€™ve Got A Friend in Meâ€) rip-off with a little early Sheryl Crow thrown in for a badly copied storyline. Thereâ€™s even a happy-sounding chorus as a refrain. Itâ€™s sad because she has a life that she could draw from that is far more interesting than what is in this song. This is not the tune to showcase an album that you donâ€™t want in the second hand bin. You would be better off buying Randy Newman and Sheryl Crow instead.

Reminiscent of Beth Nielson Chapman (Sand and Water), Whiteâ€™s voice has a rich, soulful sound thatâ€™s tinged with sadness. This makes the straight-forward, no nonsense lyrics hold more meaning through vocal interpretation. Youâ€™ll be playing this short and beautiful tune over and over again. Definitely look for the album (Songs From the Attic).

This band has a great sound most of the time. It is Adrian Jewett on vocals with his discordant and flat tones that bring the song down. This doesnâ€™t bode well, since itâ€™s his voice we here in the opening lines. Jewett should leave the singing to fellow lead vocalist Emma Ditchburn. Once her voice comes in itâ€™s as if you are listening to a different tune â€“ a good one.

Snow attempts to do too much early on in this track. The first set of lyrics which are repeated combined with the stripped down instrumental sound, make the words jarring and disjointed to the listener. However, once that part is over you have a listenable tune. Although, I would wait for a special price before I purchased the album.