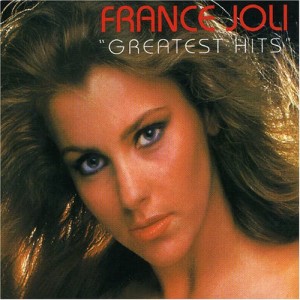 July 27 was a beautiful night for a concert in Shore Road Park and the iconic France Joli didnâ€™t disappoint. Live from Shore Road and 79th street in Brooklyn NY, the makeshift outdoor venue held approximately 250 to 300 people. Fans had the option to bring blankets and lounge chairs onto the parkâ€™s expansive lawn, which was rapidly filling up.

The show was about to begin.

It was a fun and entertaining evening to say the least, kicked off with a dazzling performance from a band called Disco Unlimited. Performing memorable disco hits such as â€œBorn to be Aliveâ€ and â€œDancing Queen,â€ it was a delightful opening act and set the tone for the events to come later in the evening.

After Disco Unlimitedâ€™s performance jazzed up the crowd, the dozens of denizens sat comfortably on their mobile furniture, Joli took the stage to a solid applause. Famous throughout the â€˜70s, due to her elegant charm and alluring voice, during a decade when disco was strikingly popular, Joli still maintains a dedicated fan-base to this day

Clearly thankful to the many fans that showed up, Joli even got emotional as she thanked them for standing by her for years.

Gratuity aside, Joli also proved on that night that she still has a voice that can leave you with chills running through your body. She also quite certainly can still light up a room. Performing her most famous hit â€œCome to Me,â€ as well as some other of her classics, she gave the audience a rush of pure excitement, bringing them back to a time when they used to go out and boogie.

Although a native of Montreal, Canada, she entered show business as a 17-year-old in the United States. As such, she paid tribute to North America by singing the â€œStar Spangled Banner.â€
Joli finished off the concert with a few more of her famous jams, while several people stood up and got their groove on, making for a rekindling of spirits under the Bay Ridge moonlight.

Not a bad way to spend a night.

Not a bad way to spend a night at all.

Amy Winehouse Inspiration Awards to be Held in October in NYC