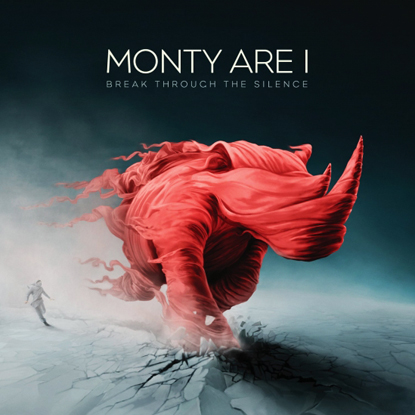 Monty Are I has an amazing sophomore effort in their album â€œBreak Through the Silence,â€ which will be released today. The title track is reminiscent of those rare rock hits from the â€˜80s that happened to be catchy and relevant at the same time. Itâ€™s a mini rock-opera in less than four minutes â€“ the complexity of the arrangement perfectly encapsulates the emotions that lead singer Steve Aiello expresses. This song alone makes the three-year period between albums well worth the wait.

Right after that, we have the pleasure of listening to â€œThe Stand.â€ The opening of this track is similar to Queenâ€™s â€œWho Wants to Live Forever,â€ then switches into an all out rock fest. Lyrics and the guitar playing of Ryan Muir and Aiello are the stars of this song. Youâ€™ll be adopting this track as your own personal anthem or, at the very least, the song that plays in your head when youâ€™re feeling exceptionally cool.

â€œHopeâ€ is another tour-de-force guitar-laden track. Bass, keyboards, trombone and lyrics come along for the ride, making the sound rich with meaning. Although this is a hopeful song, itâ€™s not corny, and it makes being hopeful hip.

Similar to the previous tracks, â€œOne in a Millionâ€ and â€œOn the Wireâ€ are yet another set of rock-out anthem tracks. However, songs like â€œMaking Sounds,â€ â€œConvoy of Angelsâ€ and â€œAll of You Tonightâ€ donâ€™t have much to offer to the rock genre â€“ but even Monty Are Iâ€™s weakest efforts are better than another groupâ€™s A game.

Just when there is a lull on the album, â€œSand Riders Doomsdayâ€ comes on and youâ€™re rocking out once again. The multilayered arrangement and lyrics makes this a love song set to a fast, thriving beat. The drums and guitar are demanding â€œto keep this feeling alive.â€ Youâ€™ll want this tune to last much longer than three minutes.

â€œKaleidoscopeâ€ also rocks and becomes increasingly interesting as it progresses with its unique musical arrangement. The opening throngs of â€œDesertâ€ has a Middle-Eastern beat that is interwoven through the rhythmic arrangement. Itâ€™s a slightly different sound than the other tracks, which reflects Montyâ€™s versatility as artists. â€œMirageâ€ furthers the desert imagery and acts as a companion piece to â€œDesert.â€ The slowing down of this track sets a morose tone â€“ and Monty makes you like it. You feel the desperation of every step and the parched throat of someone wandering through the desert searching for an oasis.

All in all, â€œBreak Through the Silenceâ€ is an electrifying album where you will find several favorites to do your best air guitar to. Itâ€™s definitely worth your time.