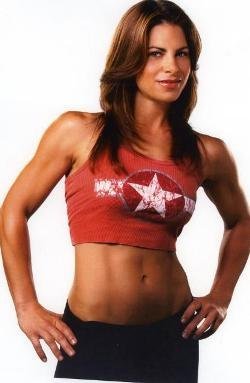 Itâ€™s episode three of the â€œBiggest Loserâ€ and the surprises from episode one are coming back to shock the remaining contestants on the ranch. The temptation is also back and only one team member is allowed to weigh in. Thereâ€™s one more catch: one member from each team will not be able to work out with Jillian and Bob for an entire week. Of course, itâ€™s an eating temptation.

This brings us back to the reality/game show mentality that has sabotaged the weight-loss of contestants in the past. If you donâ€™t play the game right, you end up going home. As a result of the challenge, Migdaliaâ€™s (team Green) attitude tries the patience of both trainers particularly Jillian and it goes downhill from there. What happens between them will have you yelling at the screen in disgust.

Meanwhile the yellow and blue teams that were eliminated in week one are fighting for their chance to come back to the ranch. It puts Migdaliaâ€™s temper tantrum into perspective for the viewers. When it all comes down to it itâ€™s about changing your lives as well as losing weight.

The second hour brings a challenge, immunity and of course there is a twist that is not to be missed. As the teams are playing out the result of the temptation, Mike (team white) seems to spend the last chance workout goofing off. As the biggest man on campus he couldnâ€™t afford to slack off. We must not forget the weigh-in as one contestant causes Bob to completely lose his cool. This can only be described as one of the most contentious weigh-ins in â€œBiggest Loserâ€ history.

The drama has certainly returned to â€œBiggest Loser.â€ There is no more touchy-feely, â€œwe want everyone to do wellâ€ mentality. Now itâ€™s every team for itself. The elimination brings out the claws from some unexpected places as someone gets sent home.

Next week, the game playing gets worse as yet another team implodes and challenges both Jillian and Bobâ€™s experience. Tune in to see who it is.