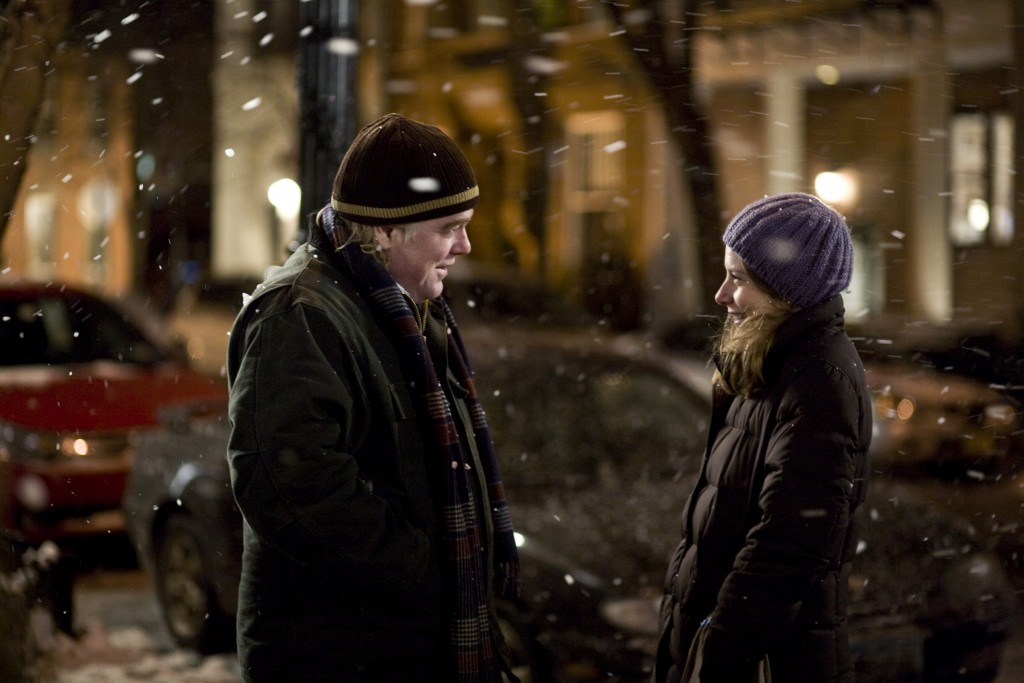 For close to 20 years, Philip Seymour Hoffman has made a career for himself in Hollywood by playing diverse characters, ones that usually border on the most extreme of human emotions. Unlike many other actors, Hoffman doesn’t have a â€œtype.â€ Able to play everyone from the cool rock DJ in â€œPirate Radioâ€ to the progressive priest in â€œDoubt,â€ the 42-year-old continues to surprise audiences with his versatility.

Because of that, it shouldn’t come as a shock to many that Hoffman now has a big-screen director’s credit on his resume with â€œJack Goes Boating,â€ a film that appeared at the Sundance Film Festival this year. Starring in the flick as well, playing the love-stricken title character, Hoffman doesn’t shy away from more responsibility.

Instead, he revels in it.

Originally an off-Broadway play, the film was Hoffman’s for the taking in pre-production. Ready for another challenge in his ever-growing career, the New York-native wasn’t shy about getting behind the camera.

â€œI’ve been doing theater for 20 years and after 10, I figured it was natural to go into directing,â€ said Hoffman. â€œEven though I’m an actor, I haven’t always thought as one; I’ve thought about things visually and in terms of storytelling as well. Then when this opportunity arose, because this was a play that was very cinematic and everyone spoke about it that way; it was natural. It wasn’t a surprise. It just seemed like a natural extension and when they asked me to direct, I said yeah.â€

Armed with a talented cast, consisting of Amy Ryan, John Ortiz and Daphne Rubin-Vega, who for the most part, appeared in the play and were familiar with him, Hoffman led the charge and turned the little-known play into a thoughtful, endearing and polished piece of cinema. Taking place in the heart of New York City, the film has a poignancy that many romance comedies lack and forget all about, while they’re in search of the successful pieces of the standard Hollywood formula. While â€œJack Goes Boatingâ€ never truly feels like an independent movie, mainly due to the solid production values and excellent script, the direction of the film makes it one of a kind and from a different mold altogether.

At some times ominous and other times joyful, there’s nothing formulaic about â€œJack Goes Boating.â€ Running the full gamut of human emotion, the film is as real as it gets and embodies what Hoffman brings to the table as both a director and an actor.

Squeezing the marrow out of his actors on set and demanding the most from them, Hoffman ends up creating a story that is relate-able and honest. Unlike the plethora of mediocrity in the genre today, there aren’t any dance montages at the end and there aren’t any guest appearances by washed-up celebrities. At its core, the film is a shining example of what a romance-comedy should be about: life and love.

â€œA lot of directors, for a lot of reasons, settle for things on-screen that aren’t complete and because of that, the wrong things happen,â€ said Ortiz, who plays Clyde, Hoffman’s best friend in the film. â€œHe knows what we’re capable of doing and it was always important for us to go there and find that extreme. Luckily, we had him there to demand that from us. Sometimes, the producers told us it was time to move on and he insisted that we get things right. That was great.â€

That is something Hoffman himself is proud of more than anything else.

Known for asking the most out of himself as a performer throughout his career, Hoffman extended that notion on his way to the director’s chair, creating an end result both he and his cast were proud of.

â€œIt was pretty exciting and satisfying to be honest,â€ Hoffman said. â€œIt wasn’t scary like acting. Acting is scary. Acting is a much harder job in the moment in a lot of ways. Directing is a very long job and you have to deal with many people. It’s an arduous job, but it’s satisfying because you’re always around people. In the beginning of the day and at the end. Actors on the other hand, are always alone. It’s a lonely profession.â€

Nevertheless, Hoffman never made his actors feel that way during production.

â€œHe’s very generous, very specific,â€ said Ryan, who co-stars with Hoffman in the film. â€œHe shares so much of his own life with his actors. He spoke a lot about how personal this story was to him and he knows he has to get his actors to feel, to get to that point where they can perform. If that means opening up and sharing things that he wouldn’t normally in an outside group, that’s what he’ll do. It was great.â€

That sense of responsibility to a film isn’t a trait common to most actors and one that his cast picked out as one of his most endearing qualities as a director.

Able to be both sympathetic to his actors’ needs and still be at the top of his game as a director, Hoffman has apparently found the best of both worlds.

â€œIt was worth it,â€ said Rubin-Vega, who plays Lucy in the film. â€œHe maximized the feeling the film had. He’s an intense person; that’s just the way he is. He was wonderful and generous to us. As an actor, he’s very serious, but as a director, he was great to us. He loved us.â€