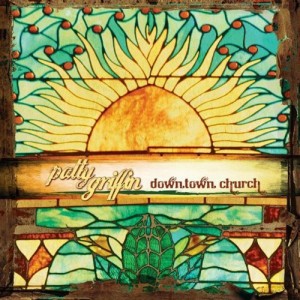 This is dance music done right. Its unobtrusive, continuous beat puts you in the mood to dance, and Collinsâ€™ vocals donâ€™t interrupt the flow. Itâ€™s not the deepest song, but it is a solid track to dance to.

The great thing about free music downloads is the discovery of artists and Patty Griffin will be a welcomed voice on your mp3 player. From the album â€œDowntown Churchâ€ this gospel track is upbeat and soulful. Definitely give it a listen.

The slow, melodic rhythm of this track drives the downcast lyrics. Itâ€™s the sort of song that you need to be in the mood for to appreciate its use of stripped down musicianship; particularly the way this band uses the guitar as a fellow vocalist as well as adding to the melody. Itâ€™s an inventive take that deserves to be heard.

Alright you see Forest Whitakerâ€™s name and think this is from some spoken word album about Black History Month, but no. Instead you hear the rock out, punk sound of Public Square. A pleasant surprise that is far too short.

If the rest of the songs from the album â€œAdventure Stories (Not Based on Fact?)â€ (released on 2/2/10) is anything like this track then donâ€™t even think twice about downloading it. The music alone is amazing as it goes between subtly and all-out rock rhythms. The spoken word during the play of the track is also interesting, however itâ€™s unnecessary. Still, you should download this song.

Have you ever missed someone so much that the only person who could understand your pain is a bird minding its own business on your porch? Well this song about an ended love affair makes you feel the protagonistâ€™s pain in a way that will have you replaying this track. Essentially its straight forward and simple lyrics and melody will keep you interested.

Get it. Itâ€™s rock and blues done expertly well. While youâ€™re at it download the entire album.