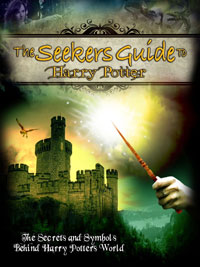 Dr. Geo Trevathen, a well-known English Professor, and Harry Potter fanatic will take you on a journey into the magic and historical connections England has with the best-selling novels.

Dr. Trevathen claims that thanks to Mr. Potter, magic has been restored to England. She also delves into the question of why people are so fascinated with magic, and more specifically, Harryâ€™s journey. Showing us several monuments in England, Dr. Trevathen teaches us the historical connection England has with witchcraft, and claims that Rowling drew upon them for inspiration.

She connects the fantasy elements of Harry Potter with religion (main religions are about the good v. evil, just as Harryâ€™s quest). She makes it clear: Being a wizard is something you are, not a religion. Heck, even Harry leaves Hogwarts for Christmas break! She does however, compare Harryâ€™s journey for truth to those of Christian disciples because there is a common search for goodness and, faith, courage.

In detail, Dr. Trevathen goes into the myth and legends of fantasy fiction, specifically Harry Potterâ€™s seven-book journey. She references symbols that are common in most fiction of this genre and how Rowling used them in her novels (the Gryffindor sword, like Excaliber, the dragons featured in Book 5, etc.)

More so than most â€œPotter Fansâ€, she has done her research. The one-hour documentary features scenes of Englandâ€™s landscape, as well as infamous coffee shops where Rowling penned one of the greatest series of the century.

While it often seems the professor is a bit over the top with her obsession with magic and all things Potter, she nonetheless backs her claims with references to religion and history with engaging and intriguing information and theories.