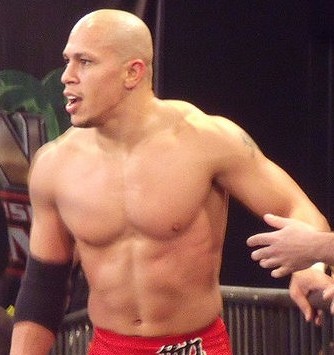 Review Fix chats with professional wrestling superstar Low-Ki, who was gracious enough to not only share his thoughts on the industry, but also his origin into the business.

In this interview, Low-Ki also discusses his relationship with the fans, his tenures in some of the companies he’s been a part of and some performers he’s enjoyed working with.

A true professional, Low-Ki has wrestled all over the globe and at just 31, is already a 14-year veteran of the industry and has performed for companies such as New Japan, WWE, Ring of Honor and TNA.

Click the player below to listen to the interview: