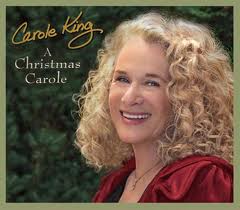 The editors over at iTunes have made music legend Carole King and her classy rendition of William Bellâ€™s, â€œEveryday Will Be Like A Holidayâ€ their Single of the Week. King, who turns seventy in February, sounds ever rich and soulful as her vocals powers the single from start to finish.

The song begins with slow riffs of a blues guitar then is joined by the bold brass horns, together they set the grand opening for King to take the lead. She masterfully manipulates the timber of her voice and mixes motions of desire and celebration about a reunion with a loved one at long last. Kingâ€™s voice is like an aged bottle of wine- rich with flavor. It makes the lyrics an intimate and authentic experience only a great artist of her caliber could pull off.

King’s legendary road to fame began in 1961, at the age of eighteen, when she and Gerry Goffin co-wrote the No. 1 Hit, â€œWill You Still Love Me Tomorrow.â€ Since then King went on to have a successful career as a singer and an even more successful as a songwriter.

In 2000, Billboard Magazine named King as The Most Successful Songwriter of the past 50 years. During that time, she either wrote or co-wrote 118 hits that have placed on the Billboard Hot 100.