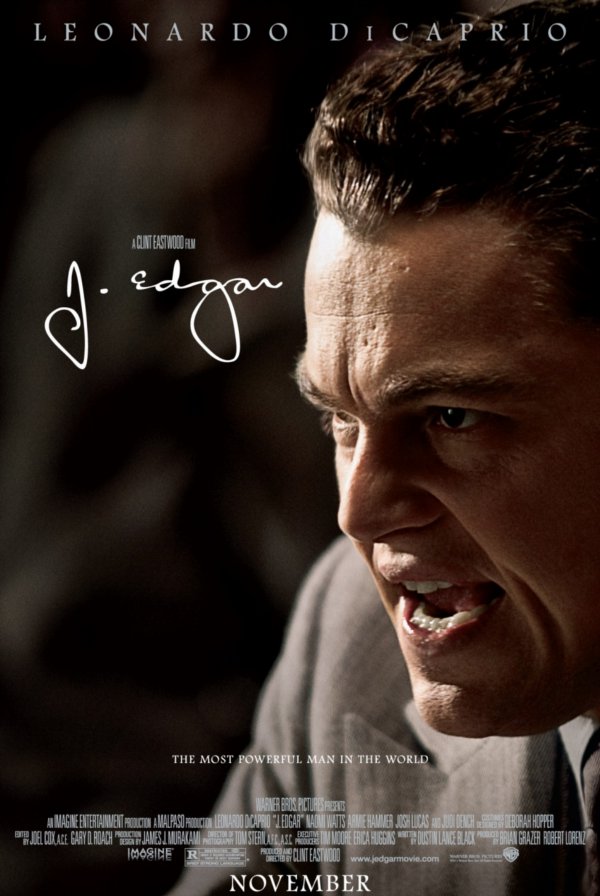 There are many who have secrets,even the most powerful, controversial and enigmatic men of the 20th century. J. Edgar Hoover was one of those men. â€œJ. Edgar,” the latest film directed by Clint Eastwood, starring Leonardo DiCaprio [â€œInceptionâ€] explores the life of Hoover in his early days and during his reign as the first director of the F.B.I. This film is a superb drama that gets to the heart of this iconic man. DiCaprio does a phenomenal job playing Hoover, the face of law enforcement.

For nearly a half decade, Hoover [DiCaprio] was not only feared and admired he was also reviled and revered. However behind closed doors, he held secrets that would have destroyed his image, his career and his life. The story one of the most famous people of the twentieth century is revealed in Eastwoodâ€™s latest work. It’s ultimately his best to date.

That has everything to do with the performance DiCaprio gives. Every time the camera closes up, the intensity he displays as Hoover is flawless. The facial expressions, voice, accent and physical movements are perfect. His energy is relentless and his character is tenacious. This is absolutely one of the best acting performances of DiCaprioâ€™s career, a knockout for sure.

The story DiCaprio and Eastwood are able to tell through this picture shows the audience the public and private life of such a memorable figure in American history and answers the questions to many who do not know about his life and impact on law enforcement today. By the last scene, you will know secrets about Hooverâ€™s personal life and his rule-bending schemes which took place during his years as the director of the F.B.I.

It is certain that â€œJ.Edgarâ€ will be part of the academy awards and should be nominated for best picture, actor and director. This movie is that good. There hasnâ€™t been a time during this film where you are not locked in and focused on what will happen next. Eastwoodâ€™s direction is spectacular and will have the audience intrigued for sure. Along with a great film also included a phenomenal cast of Josh Hamilton, Geoff Pierson and Naomi Waats, who complimented DiCaprio. This solid cast was a big reason this film was so enjoyable. Their acting was simply astonishing.

Overall, â€œJ.Edgarâ€ is a film that tells a brilliant story, and displays nothing but brilliant acting throughout. Audiences will not be disappointed, as they will think about and later discuss the actions that took place behind closed doors involving Hoover. They will also see what kind of a person he was for those who did not know about his actual story.