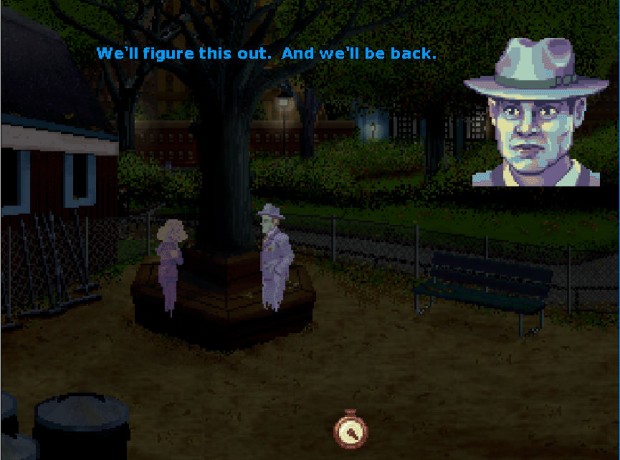 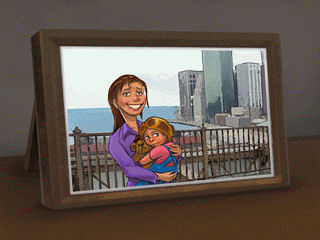 The life of a spirit medium is a thankless, but necessary one that ranks somewhere among the likes of sanitation workers, hospital orderlies and indie video game journalists. It’s not always pleasant and the pay isn’t all that great, but someone’s got to do it for the good of humanity.

In David Gilbert/Wadjet Eye Games’ The Blackwell Legacy(2006), that subtle blue-collar feel feeds into what can only be described as a soft-boiled detective story, casting the player as the unwilling private third-eye, Rosangela Blackwell(Sande Chen), as she romps across Lower Manhattan on the hunt for spacey spectersâ€”and some form of social acumen.

Legacy is a re-imagining of, and a huge improvement over, Gilbert’s previous release, Bestowers of Eternity, which is one of the most pretentious titles for anything, ever. It follows Rosa Blackwell, Greenwich Village’s own socially inept freelance journalist and struggling novelist, on what is probably the most catalytic two days of her life. What begins with an assignment to cover a run-of-the-mill student suicide for the local “Village Eye” newspaper leads her through an intricate web of supernatural unrest, intrigue and murder.

It’s a good thing she has her plucky spirit guide, Joey Mallone (Abe Goldfarb), a floating (and blue) wise-guy in a fedora and two piece suit from the Big Apple of old, to give her a hand (or a tie, for that matter) in rounding up the wayward spirits of NYC. He pops in following the untimely death of Blackwell’s demented aunt after her 25-year coma in the psych ward of Belleview Hospital. Apparently, he’s passed down the line of Blackwell women like an old sweater.

With Joey’s appearance, what appears to be the very precipice on the edge of this life and the next gets planted smack dab in the middle of Blackwell’s head, accessible only through Joey’s tie.

The game immediately charms with painfully simplistic “hidden in plain sight” puzzles, which can drive anyone up a wallâ€”in a good way. It doesn’t hold your hand and is very good at making the player feel simultaneously clever and stupid for solving a problem. Immediately after the giddiness of being smart subsides, the shame that it was right in front of your face for a half-hour kicks in (Also known as the “Portal” effect). Game progression depends on seemingly elementary leaps of logic, but is often arrested by the thought that “there’s no way they programmed that into the game.” Chances are: they did, and that’s the solution you’ve been searching for, wandering and pixel hunting like it’s just another shoddy 90s VGA adventure game. 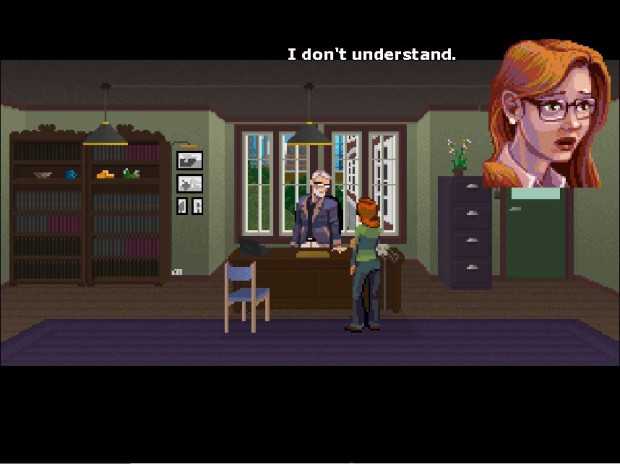 Legacy involves real detective legwork, internet research, following leads and combining clues and hints that give way to epiphanies and breaks in the case. Even Rockstar Games’ L.A. Noire could take a hint or two from the comprehensive clue-comparison mechanic utilized in this game.

The animation looks straight out of Super Nintendo and many people used to the picturesque graphics of Skyrim or the action-packed Michael Bay-ness of MW3 will be immediately off-put by that aspect. Nevertheless, for an on-the-cheap game, with graphics nearly two decades old, the immersion is rather impressive. It shows that some video game fun is timeless and not dependant on how many zombie heads you can ‘splode in a two-minute span.

The voice acting hopscotches between downright cheesy to absolutely outstanding within seconds of itself. The lighthearted atmosphere of the story, as well, would randomly drop into morbid, philosophical and sometimes downright creepy themes. With all of the fun of hunting down ghosts and the sardonic banter between Joey and Rosa, one tends to forget that they’re helping dead people who can’t come to terms with their own demise.

For some, The Blackwell Legacy might even jerk a tear or two.

The consistency of the music, by Peter Gresser (also responsible for scoring Wadjet Eye Games’ The Shiva), is very similar to the voice acting. Sometimes, a painfully lo-fi beat-box track will be playing as background filler. Others, masterfully crafted and infectious songs that fit the scene like a glove.

The player will get much more out of the series if they have ever been to New York Cityâ€”even more so if they live there. The classy use of locales like Washington Square Park, Belleview Hospital and NYU add to the fun, grounding this fantastical story in some semblance of believable reality.

This “first” installment of the Blackwell miniseries sets solid groundwork for subsequent titles. With this malleable and downright slick story universe, it seems like Gilbert will be able to make Blackwell games forever. All he has to do is keep the “Blackwell” adjective, Jason Borne-style.