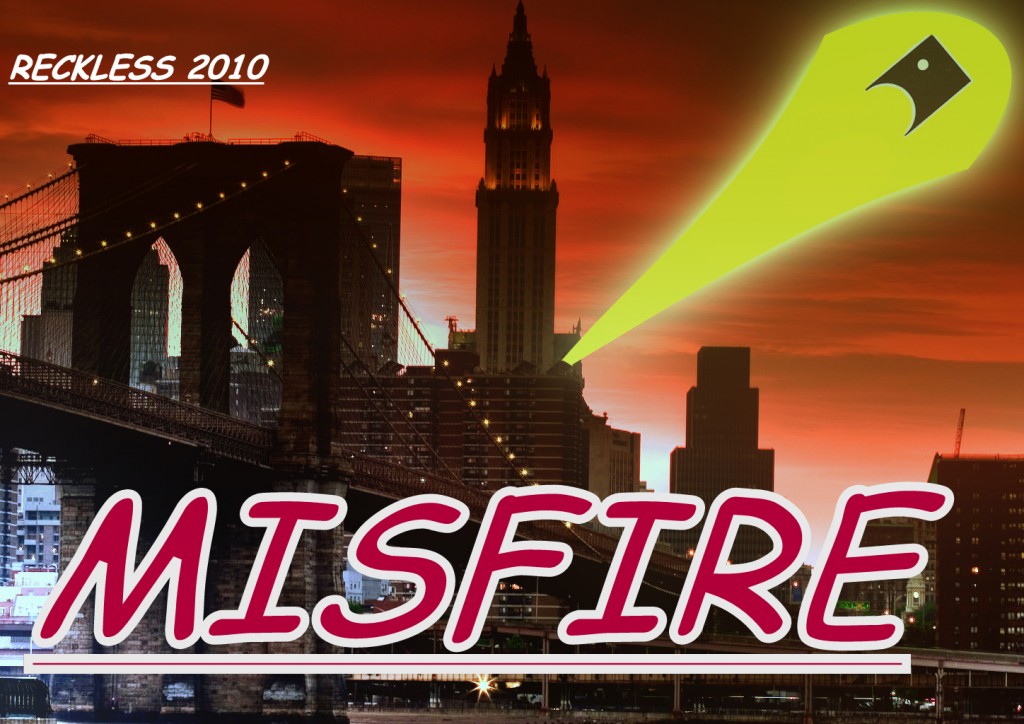 Misfire had its initial incarnation from 1976 to 1979. Much has transpired for the band since, including the return of their original drummer Tom Saluzzi. An article originally published on Review Fix ironically inspired the band to reunite and commence the recording of their recently released CD. The album is a combination of some re-recorded old Misfire favorites and new offerings. While pleasantly retro, Misfireâ€™s CD still maintains a current sensibility and bridges the gap between the classic rock period of the 1970â€™s and todayâ€™s modern rock. Reviewfix recently had the opportunity to interview Richie Primavera (vocals), Peter Prinzivalli (guitar and vocals), Frank Verrico (bass and keys) and Tom Saluzzi (drums and percussion) to get their take on the reunion, the past, recording the CD, their influences and the rock world.

Review Fix: How did it feel to re-form a band that had its heyday from 1976 to 1979, re-record old tracks, and collaborate on new material?

Peter Prinzivalli: Reforming Misfire has been a great experience. I remained in touch with Frank and Tom over the years and worked with Tom musically on several occasions, but had not spoken to Richie since the early ’80s, so catching up with him has been nice. I never imagined the four of us would have the chance to work together again. Being able to revisit those old Misfire songs and write some fresh material has been a treat. The band was a talented unit back in the ’70s, and since we all kept active musically over the years, we came back with over three decades of playing experience, so Misfire sounds better than ever. We made some terrific music and some lifelong friendships. Misfire means a lot to the four of us.

Tom Saluzzi: Reuniting with Misfire was like reconnecting with an old high school sweetheart, one from whom you had been separated for three decades, but never lost the feelings, one with whom you had had your most fun and exciting experiences, one for whom you had the deepest love, and one of whom you had only the fondest memories. To have been Misfire’s drummer but once was a dream come true, but to have done so twice transcends the boundaries of mere dreams and crosses the border into the sublime. I can state these superlatives because I know that alone I am little, but with Misfire I have the opportunity to be involved with the creation of great music and get to do so with three gentlemen who are not just friends, not just brothers-in-arms, and not just fellow musicians, but rather all members of the same family, a family as dedicated to each other as to the music, a family that will always ultimately stand by each other, even in the wake of turmoil, a family that you can always depend on to be, well, family, even when all seems lost. As members of Misfire we are strong, we are focused, we have purpose, and we stand united in pursuit of a common goal, and we do so as one. I think I speak for virtually all musicians when I say that all any musician wants is to help create great music, and with Misfire that is exactly what I have gotten to do, not once, but twice. I feel like the luckiest drummer on Earth.

Frank Verrico: To me, Misfire was never disbanded.We were on a very long vacation. It felt good to re-record some of the older stuff, because the technology today is a lot better than it was in the 70’s, so we were able to breathe new life into the old songs, making them better; although there was something about the ’70s rasp-ness. I really enjoyed working on the new songs, because it’s always great working with the guys.

Richie Primavera: There is a specific kind of tension I always felt when I was a Misfire band member. It was not a bad feeling,but rather had to do with my input and contribution as compared to that of my band mates. Tom was always quiet except when he played the drums (which he most certainly did not kiss.) however Pete and Frank were always quite vocal and opinionated about our sound. I often occupied a space between them. However, at times I would lean towards one or the other. I always saw Frank as the consummate musician and teacher as he is quite learned and technical and thus demanding in both his performance and that of others in the band. When performing, he was a very controlled as he moved his hands along his bass. And Pete, while also technical, would assert himself through his playing although he was always burning inside. I recognized this early on and would “antagonize” him as a means of drawing on what I believed was his aggressive side and my “ally.” I felt very much alive when we gigged. Once Pete hit those first chords I changed into someone else. It is the greatest thing to truly feel the music, to believe in it and exhibit that belief in your performance on stage. That is something anyone who saw me gigging with Tom, Frank and Pete would say. I felt our music and it showed with every word I sang and move I made: it is a feeling I will never forget. Re-recording “Reckless” was bittersweet for me. It was a lot of fun to upgrade and change the tune however it made me long for the old days when we would play together in one of the assorted small venues in NYC at that time.

Review Fix: You maintain a “retro” sound, but have a current sensibility. How do you manage to do that? Is it a conscious effort on the band’s part?

Prinzivalli: It is a very conscious effort. When we set out to reform the band the last thing we wanted to do was reinvent Misfire or its sound. On the other hand we didnâ€™t want to simply duplicate what we did in the ’70s. The aim has been to keep it genuine Misfire without it sounding like we simply dug out the old tapes and re mastered them. One of the reasons we decided to make the cd a mixture of re-recorded old tunes and new ones was so that we could stretch the band and not get into a pattern of just duplicating the old stuff. Thankfully we were able to write some very fitting new tunes and facelift the old ones so that everything sort of meshes together well. I doubt new listeners will be able to pick out the old stuff from the new stuff. Of course, recording back in the 70â€™s was primitive by todayâ€™s standards. Having all the new modern technologies is certainly great and makes the recording experience more pleasant, but you donâ€™t want to fall into the trap of overdoing things, especially for a rock band. But as much as things have changed thatâ€™s as much as they have remained the same. You have to start with a good track. If the performance isnâ€™t there all the studio magic in the world wonâ€™t help. So we worked hard to make sure the recorded tracks sounded as good as possible and would not require too much fussing with once they were done. Because of that we are able to keep the mixing process simple and keep a nice raw feel to the whole thing. This would be a good time to mention Tony Lividas of Daedor Productions in Boca Raton. Most of the mixing and mastering is being done at his studio. Tony is in his late 20s so heâ€™s young enough to be on top of the modern recording techniques,but is also a huge â€œclassic rockâ€ fan and knows exactly what we are trying to accomplish, so heâ€™s been a big help. We are very proud of the fact that when you listen to the recordings youâ€™re hearing things as they were sung and played and not overly studio enhanced. Early on in the process I realized the band members are playing better and smarter than we did in the ’70s so I think that has a lot to do with the â€œcurrent sensibilityâ€ of it. Itâ€™s sort of like going back to freshman year of high school with the maturity of a 50-year-old. I guess the best way to answer your question and to sum it up is to say that besides making the album available on cd and digital downloads we are hoping to do a vinyl release as well.

Primavera: As I see it we were formed in the 70s and that is our roots. While music evolves, it always maintains a foundation in the past as everything is a derivative of a standard. Our sound was such a standard. We did not create it however we embraced it and became it. Fast forward to present times and we are true to ourselves: we altered our past a bit based on what “moves” us in the here and now.

Verrico: Retro Sound? Wait, you mean weâ€™re not in 1979 anymore Toto? Oh well.If I click the heels of my platform boots together a few times and say over and over; “I want to go back.I want to go back.” Well.We really can’t go back in time, but we can stick to old school thinking with modern technology and turn out good old Misfire rock.

Saluzzi: To a certain extent, it is quite a conscious decision, but the “retro sound with current sensibility” is also just as much a natural outgrowth of all of our musical influences. All of us have spent the last 40 years listening to, writing, and/or performing the same styles of music, styles which include the old stuff from the ’70s as well as music from the ’90s, ’00s, etc., so the things that we write and perform now are a reflection of these various ingredients, whether by design or by nature.

DanTDM talks all things â€œDanTDM Creates a Big Sceneâ€ with Review Fix. With 14 million subscribers and such a distinct...