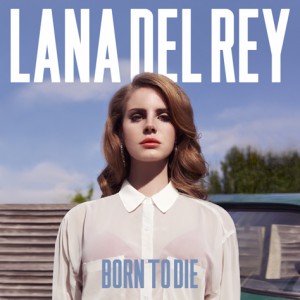 You may or may not have heard of Lana Del Rey; the 25 year old singer from Lake Placid, New York has sparked quite a bit of controversy as of late. After being signed with Stranger Records in June of ’11, Del Ray released her breakthrough album Born To Die just seven months later. Despite her recent jump into fame, Del Rey has received a mixed review of both acceptance and complete rejection from music fans and critics worldwide.

Regardless of her “bad press,” the numbers speak for themselves.

“Born To Die” has been widely accepted in several countries including the United States, making its mark in the number two spot at Billboard 200. However, it hasnâ€™t been all praise and open arms. After a handful of controversial performances on shows such as Saturday Night Live, many viewers have turned the other cheek on “Born To Die.”

However donâ€™t feel bad for LDR just yet. Record sales and awards such as Qâ€™s Next Big Thing (sponsored by the UKâ€™s annual music award), are just a few of her recent achievements. Although bad reviews do have an impact, weâ€™ve all seen first hand the power that a strong fan base holds. For every person walking down the street that sticks their nose up at Del Reyâ€™s slightly dark and vintage feeling tracks, there is someone who is using her lyrics to portray a “deep and original” Facebook status while you read this article.

Many of her songs seem a bit overworked, while others prove to be more enjoyable. Through her videos, as well as her appearance, she has given off somewhat of a “vintage vibe.” It’s an album with both and good and bad songs. Not a masterpiece, but also not something to overlook completely. So the underlining question still remains: Will Lana Del Rey work her way to the top with artists such as Adele, or will she submerge into the infamous pool of dated superstar wannabes? You have the power to decide.