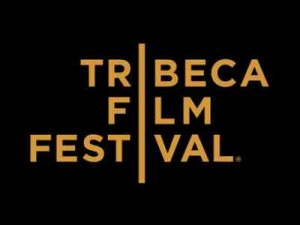 Beginning on April 18 and running through April 29, the Festival hosted nearly 400 screenings and panels with more than 95% attendance. A total of 89 features and 60 short films from 46 countries were enjoyed by more than 116,000 movie-goers and panel attendees during the course of the 12-day Festival, with theaters frequently at capacity.

This year, the Tribeca Online Film Festival, presented by American Express, returned to offer a range of free content. Visitors to tribecafilm.com/tribecaonline watched a selection of world premiere features and shorts; interacted with experts from the worlds of film and technology through the Future of Film blog and 4 day speaker series; experienced the Festival from a far with video highlight segments; and sat front row at live-streamed events including the Universal Pictures 100th anniversary panel with Robert De Niro and Judd Apatow; the Tribeca Disruptive Innovation Awards honoring Twitter founder Jack Dorsey and Justin Bieber and Scooter Braun, and more; and the Festival awards ceremony.

TFF once again presented the popular Drive-In movie series on the Hudson River, which featured the classic summer thriller Jaws, adventure-comedy The Goonies and the world premiere of baseball documentary Knuckleball, co-sponsored by JetBlue and Time Warner Cable, hosted by Brookfield and supported by the Lower Manhattan Development Corporation and the U.S. Department of Housing and Urban Development. In total, 8,600 enjoyed free, outdoor films and interactive entertainmentâ€”from a Goonie treasure hunt to knuckleball pitching with Major League ballplayers.

Festival organizers and NYPD Community Affairs Officer Rick Lee estimated that a crowd of 250,000 braved the chilly weather to enjoy the signature Tribeca Family Festival Street Fair and Tribeca/ESPN Sports Day on Saturday, April 28. The annual event, which featured live entertainment and family fun including performances from the casts of nine Broadway shows, visits from New York sports teams, and celebrations by local merchants and community groups took place in the Tribeca neighborhood. Later on the evening of the 28th, a special screening of Marvelâ€™s The Avengers closed out the 2012 Festival with 100 real-life heroes in attendance.

In all, 838 industry delegates attended TFF, representing 36 countries including Thailand, Greece, Denmark, South Korea and Australia.
Tickets to TFFâ€™s 2012 screenings and events could be bought on Facebook through AudienceView Tikiâ€”the first time a film festival offered this service to its online community.
Nineteen Tribeca Film Institute Film Fellows graduated from the yearlong film program at this yearâ€™s Festival. Five of the teens received college scholarship awards for their successful pitches to filmmakers and industry professionals.
Children featured in Once in a Lullaby: the PS 22 Chorus Story celebrated the documentaryâ€™s premiere at the SVA Theatre by breaking into a version of Adeleâ€™s â€œRolling in the Deepâ€ on the red carpet.
BURN, the winner of the Heineken Audience Award for Documentary, had a clear connection with audiences from the start of the Festival. At the filmâ€™s world premiere, the four Detroit Fire Department firefighters who joined directors Tom Putnam and Brenna Sanchez and executive producer Denis Leary were presented with a $25,000 grant by Momentous Insurance Brokerage and the Firemanâ€™s Fund Insurance Company, facilitated by the Leary Firefighters Foundation.
Balthazar Ushca, the 67-year-old subject of the short film The Last Ice Merchant in the Long Story Short shorts program, traveled with his wife from Chimborazo, Ecuador, to participate in the Festival. This was their first time ever leaving Ecuador. Among their other â€œfirstsâ€ were the airplane trip and seeing a skyscraper. Their scariest New York experience? Riding an escalator.
Rodriguez, the subject of documentary Searching for Sugar Man, gave a surprise performance following the filmâ€™s New York premiere.
An audience member at a screening of Postcards from the Zoo asked Nicholas, the star, if he can do magic tricks as he does in the film. Without missing a beat, he pulled a glowing red orb out of the director’s ear and theatrically swallowed it.
Jeroen van Velzen, director of World Documentary Competition entry Wavumba, traveled four days to get to New York from Lake Malawi, Africaâ€”eight hours by bus, two days by train, and more than 18 hours by plane via Dubai. It was his first visit to America.
Â· At the world premiere of World Documentary Competition entry Downeast, filmmakers gave out the last empty sardine tins from the plant that the movie profiles.
Â· Films Searching For Sugar Man, BURN, Russian Winter, The List and Everymanâ€™s Journey, Any Day Now and Graceland received standing ovationsâ€”not only after their premieres, but following Q&Aâ€™s, general screenings and even before a screening when Graceland director Ron Morales was introduced at his world premiere.