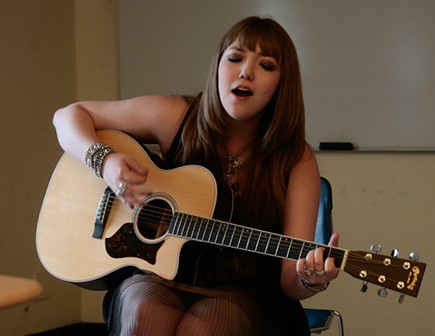 Singer/songwriter Michi, stopped by Review Fix Editor-In-Chief Patrick Hickey Jr.’s Advanced Journalism class at Kingsborough Community College on July 9, 2012 and played the title track off her new album, “Where your Heart is.”

John Mayer meets Stevie Nicks, Michi’s unique voice and stellar guitar work make her an interesting up and coming artist. At just 18, her music career is just beginning, but she’s already worked with Grammy winners and has released two other albums independently.

Michi: Where Your Heart is by ReviewFix